First exploration of the resort - Song of My Heart Stampers

First exploration of the resort 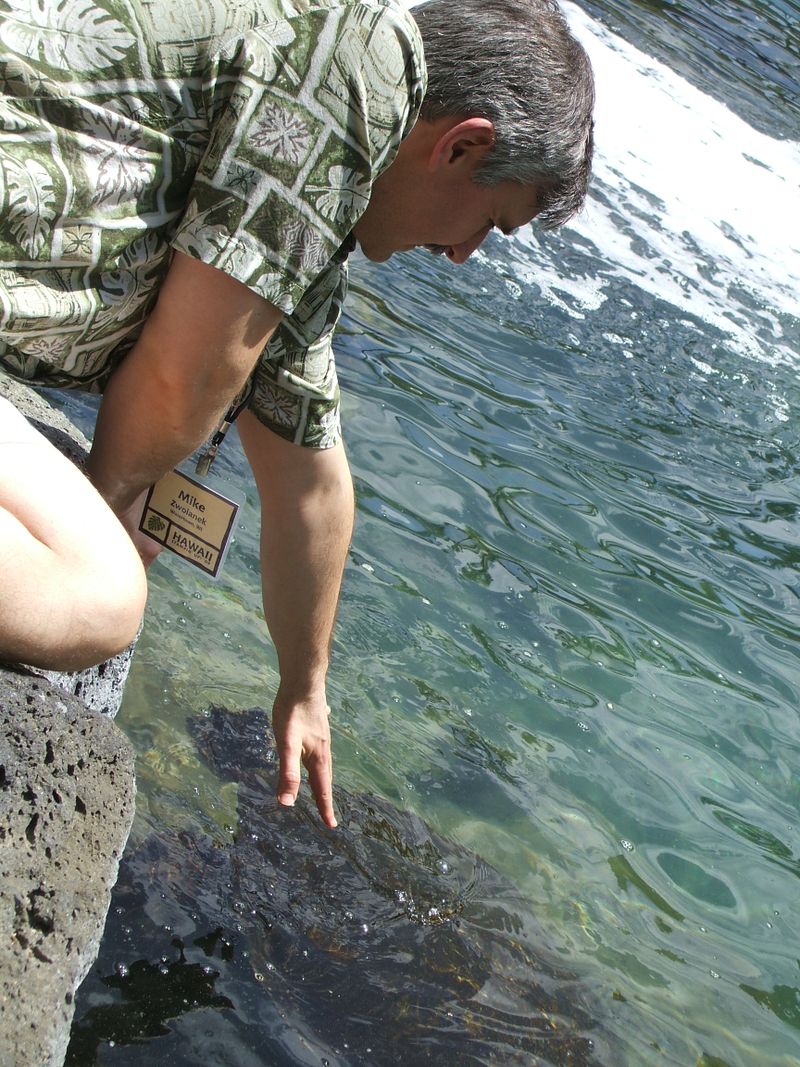 Here's Mike breaking the rules... turns out you're not supposed to touch the sea turtles. Now we know!!! I never thought I would be all that interested in sea turtles. Turns out they are really cool. The ones at the resort all found their way into the lagoon by themselves and decided to stay. I guess the swimmers and kayakers don't bother them too much.
The macaws all have signs labelling them "known jewelry thieves." Funny! You are very aware of birds in Hawaii... not just the rare tropical ones they have in the lobbies, or the imported ones they have in little islands in the river canals, but a cacophany of birdcalls every morning making it impossible to sleep with the balcony open, right down to the common sparrows perched on your table next to you, fighting over crumbs from your lunch. 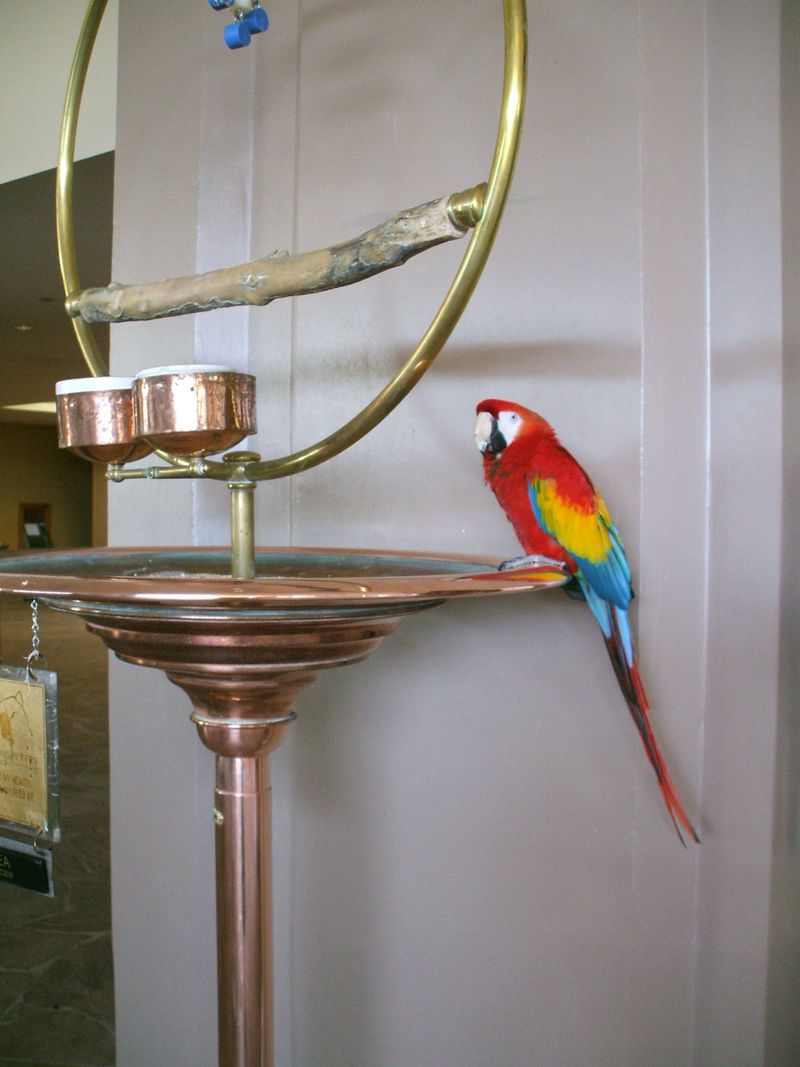 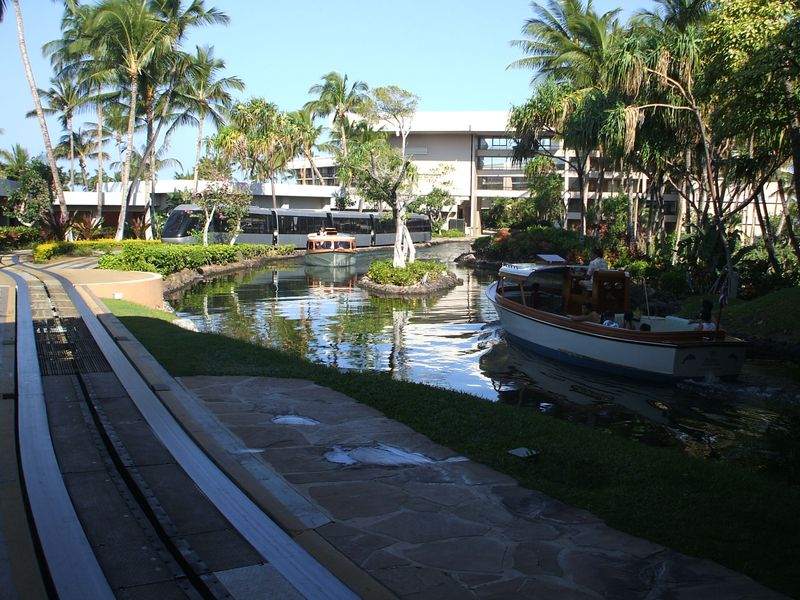 Here you can see the two modes of transportation around the huge resort--a train, which was quick and air conditioned, and the river boats, which were much more leisurely and open air. We used them both regularly, but walked much of the time too, just soaking in the views and the wonderful art and antique displays on the museum walkways. There's something like 3 million dollars worth of Japanese, Chinese and Polynesian art scattered all over the resort. 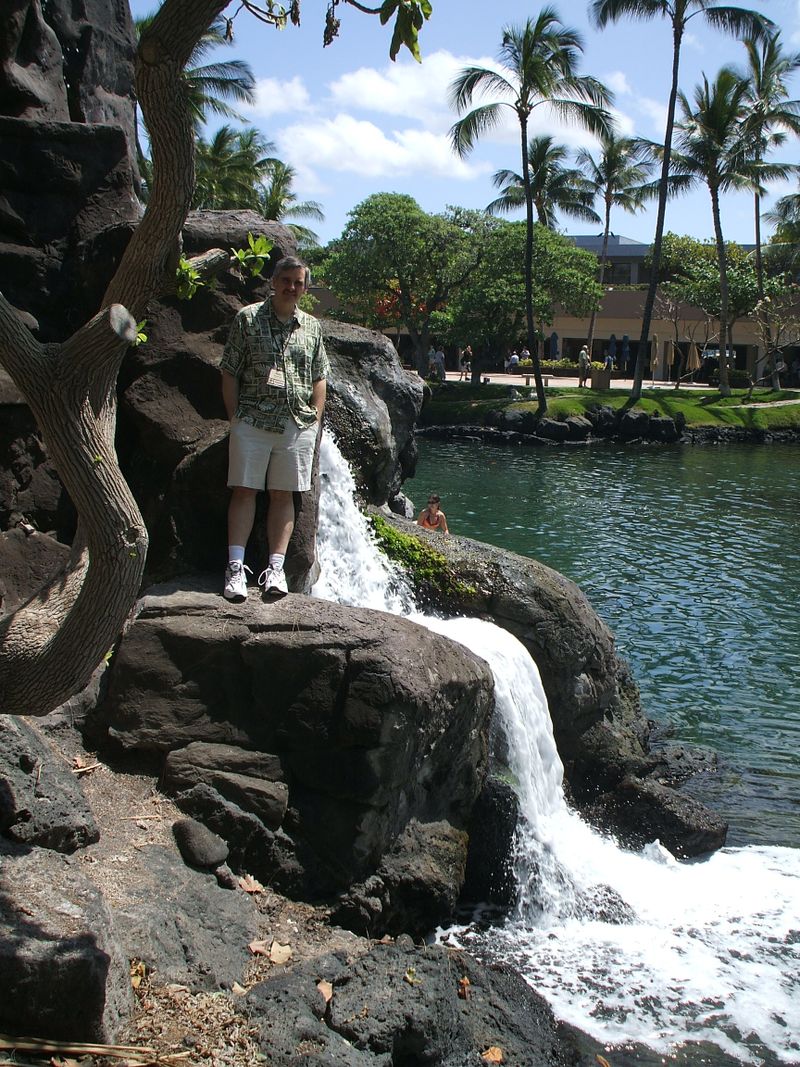