« Creating a Stampede regional meeting | Main | Stamps I wish they made » 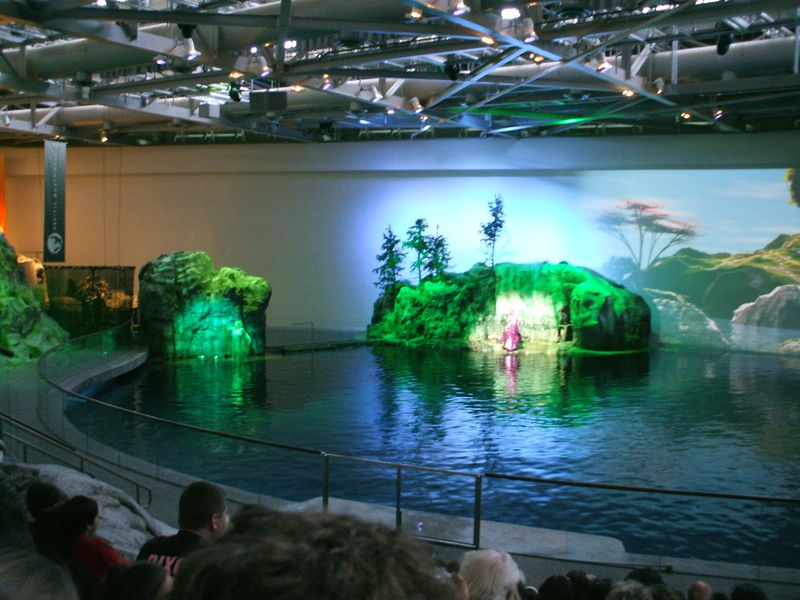 I know you'll forgive my silence yesterday when you find out that I got out of town for a little break with my family this week. On the spur of the moment we just packed our swimsuits and drove to Chicago for an overnighter. It was great! We took the back way there and only got lost twice. On the way back, we made a wrong turn and wound up enjoying it immensely as we drove through Arab, Pakistani, Indian and then Jewish neighborhoods before we rejoined the interstate. We saw Bahai' temples, Koren Baptist churches, Greek and Coptic Orthodox churches, synagogues and cathedrals. It was really a neat slice of the world all in one relatively small location. 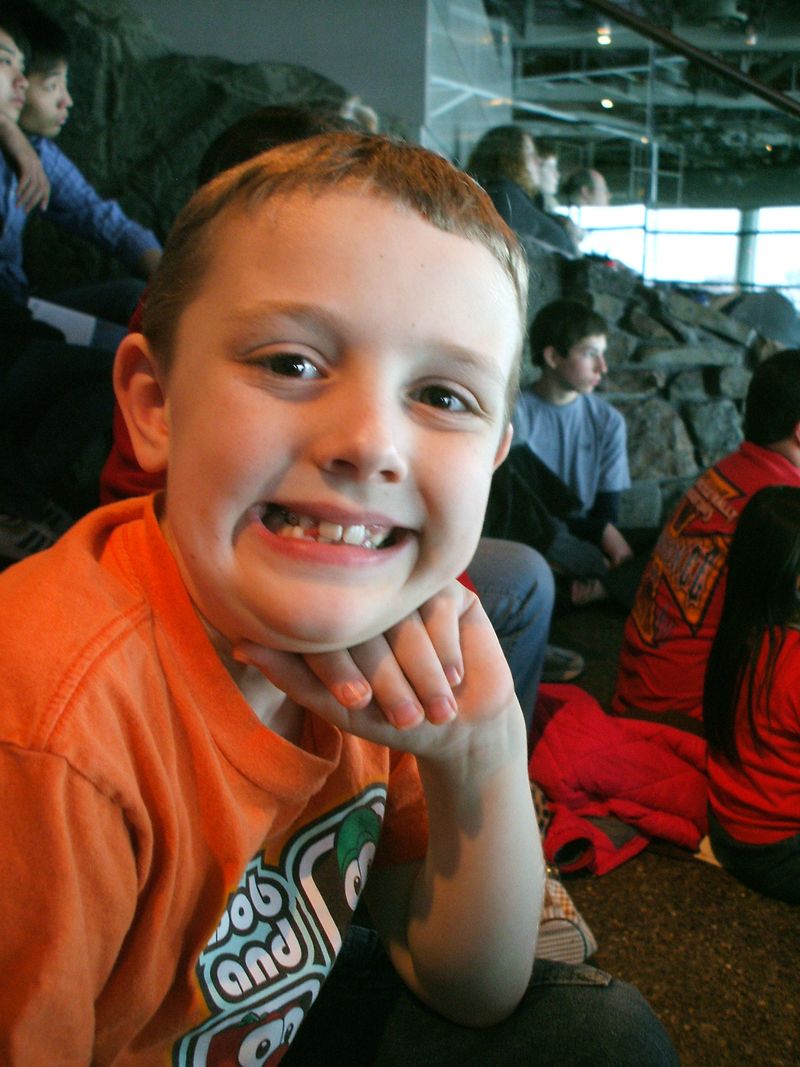 We spent Wednesday at the fabulous Shedd Aquarium, one of the premier aquariums in the world, where Daniel about busted from joy getting to see his favorite animal, the dolphins, perform at the Fantasea show. We also heard at least four languages that day not including our own. Very educational for my wide-eyed little ones, between the critter-watching and the people-watching! 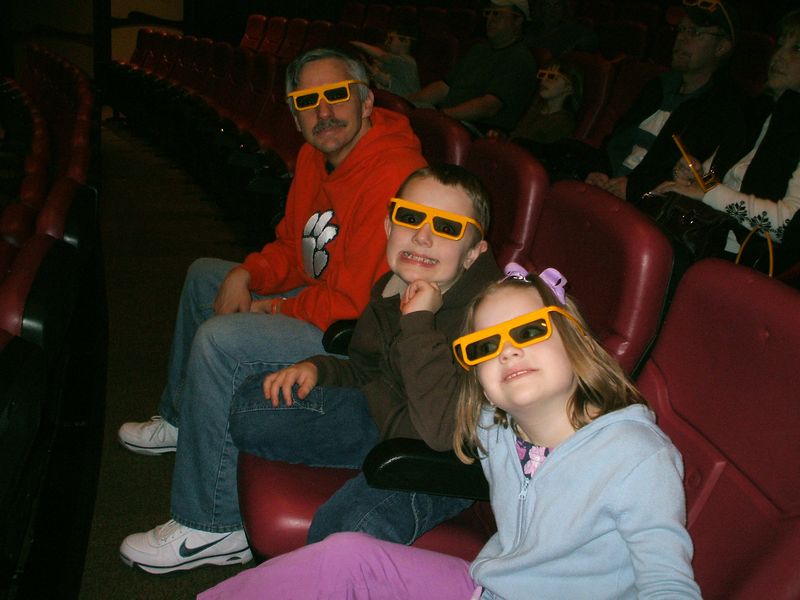 At the Shedd we took in a fifteen minute 4-D penguin show, complete with snow, bubbles, gusts of arctic air and other cool light, sound and visual effects. I was really proud of Natalie because it got very intense and was truly a sensory overload, but she kept calm and didn't flip out. Note to prospective visitors: this is not for really little kids! There's a couple of sad parts and one really scary part, although they are very short. 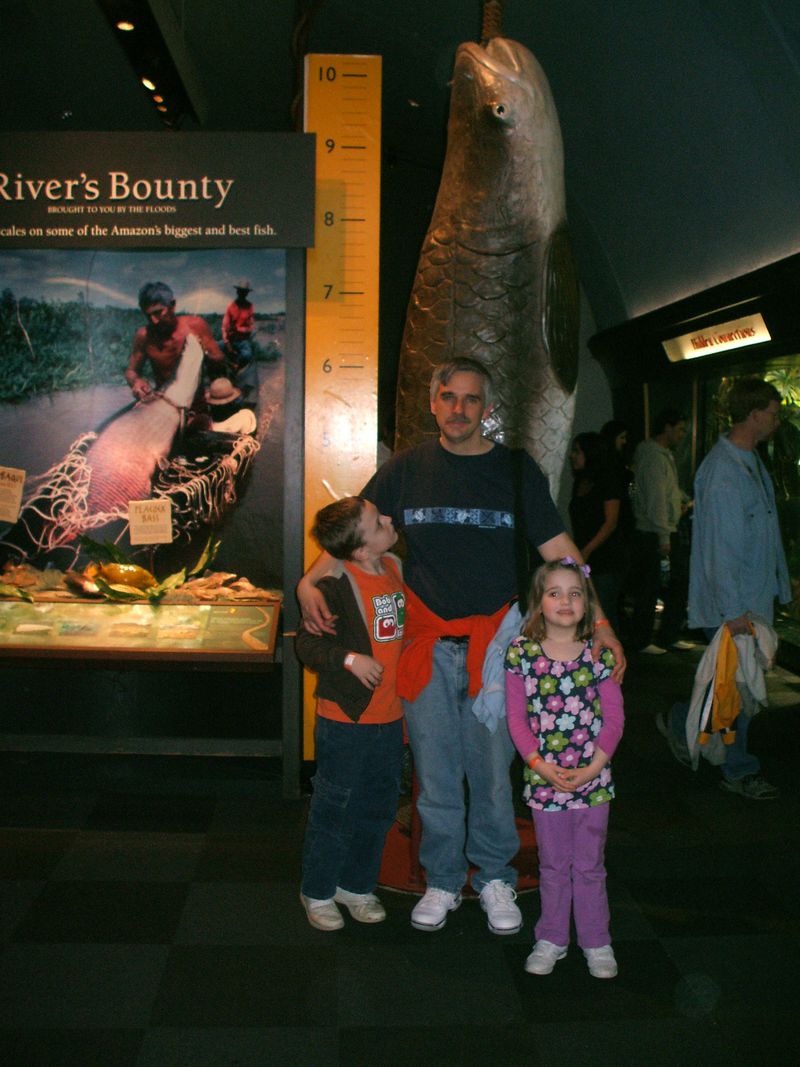 We had a great time marveling at the enormous variety in God's creation--sea dragons, jellyfish, sharks, rays, "Nemo" fishies, and just all-around gross-looking things from the bottom of the ocean. This ten foot long Amazon river fish was really something. That would feed a whole village for a month! We also learned a lot about pollution's effects on the world and what is being done to minimize of all the amazing little eco-systems which we are continually discovering. 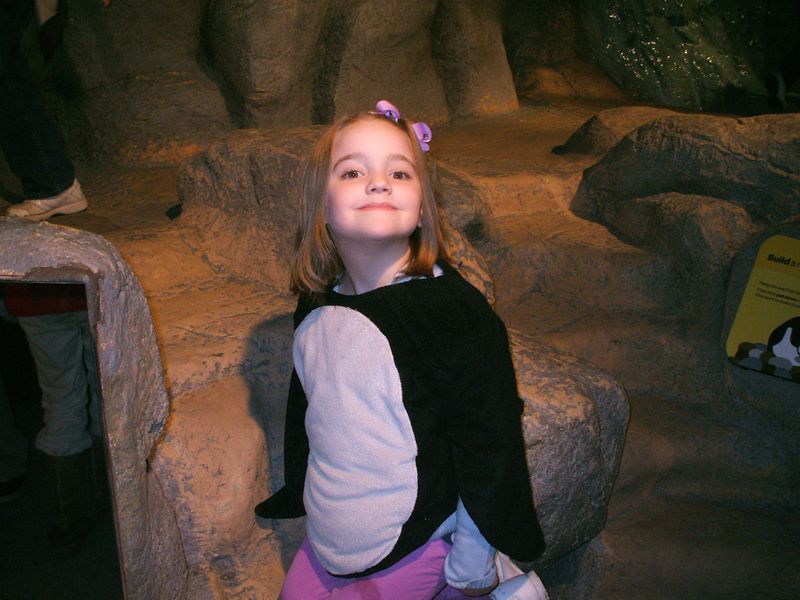 The Shedd does a really nice job of making everything very accessible, with plenty of places to sit and take a load off while you listen to some cool facts, and there's a totally awesome place for kids to get the wiggles out, called the Polar Play Zone. Natalie and Daniel put on penguin costumes and played in an "exhibit" with ice slides, caves and rock walls.

Really fun day filled with new discoveries and old favorites. Stay tuned for a post with part two of our trip, awesome "creations" of a completely different kind--Legoland!