Ah, doesn't get any more precious than that!

You may possibly have noticed my loquacious self was absent from the blogosphere this weekend, and the reason was I was up to my eyeballs in a wedding. My children added a new auntie to their repertoire on Saturday and she and Uncle Mark were brave enough to take a chance and let them both be in the wedding. Actually I was super proud of the way they behaved themselves, especially since I was the decorator and was pretty much running around like a chicken with its head cut off most of the weekend. 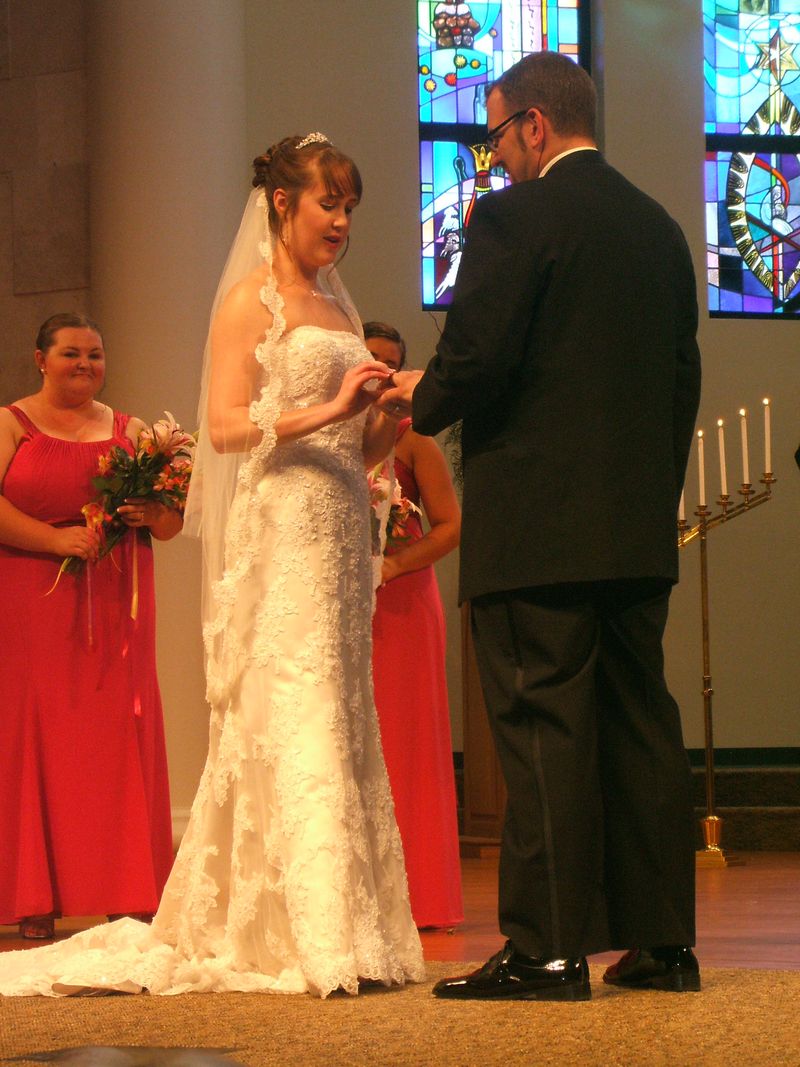 Wasn't Megan's gown gorgeous? Very 1920's. I loved the yummy combination of Rose Red, Very Vanilla and Crumb Cake. Her flowers were stargazer lilies. I had such fun shopping and decorating for this! Here's one of the arrangements I made here in WI and carefully packed and carted to IN. I stamped the napkins with the stylized flourish from Vintage Vogue in Very Vanilla Craft ink. 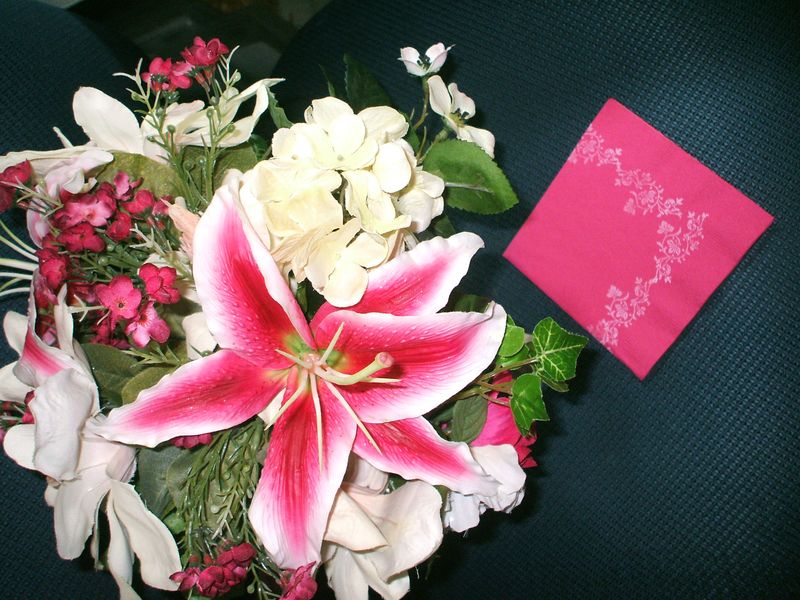 More on the favors later! As you might imagine, a Stampin' Up demonstrator just can't leave well enough alone. I spent HOURS on them : ) I also have some more pictures of the decorations in the reception hall, taken with my in-law's camera, since I managed to lose mine in all the hubbub. The air conditioning in our van also decided that a 92-degree day was prime time to conk out. But we all survived, and the wedding went off WITH a hitch, as they say, and my poor feet will recover someday soon. Best wishes to the happy couple!

Absolutely stunning pictures! I especially love your precious children! Having photographed many weddings over the years I appreciate the smiles on the little faces on a day which can seem like an eternity to them!

As usual your decor is outstanding! You are a gifted woman in so many ways! It is my privilege to know you! Looking forward to more pictures & stories.