Alaska Cruise: back to Seattle - Song of My Heart Stampers

« Hello, my name is Lyssa, and I'm a swap-a-holic | Main | Compartmentalized tag box »

Alaska Cruise: back to Seattle 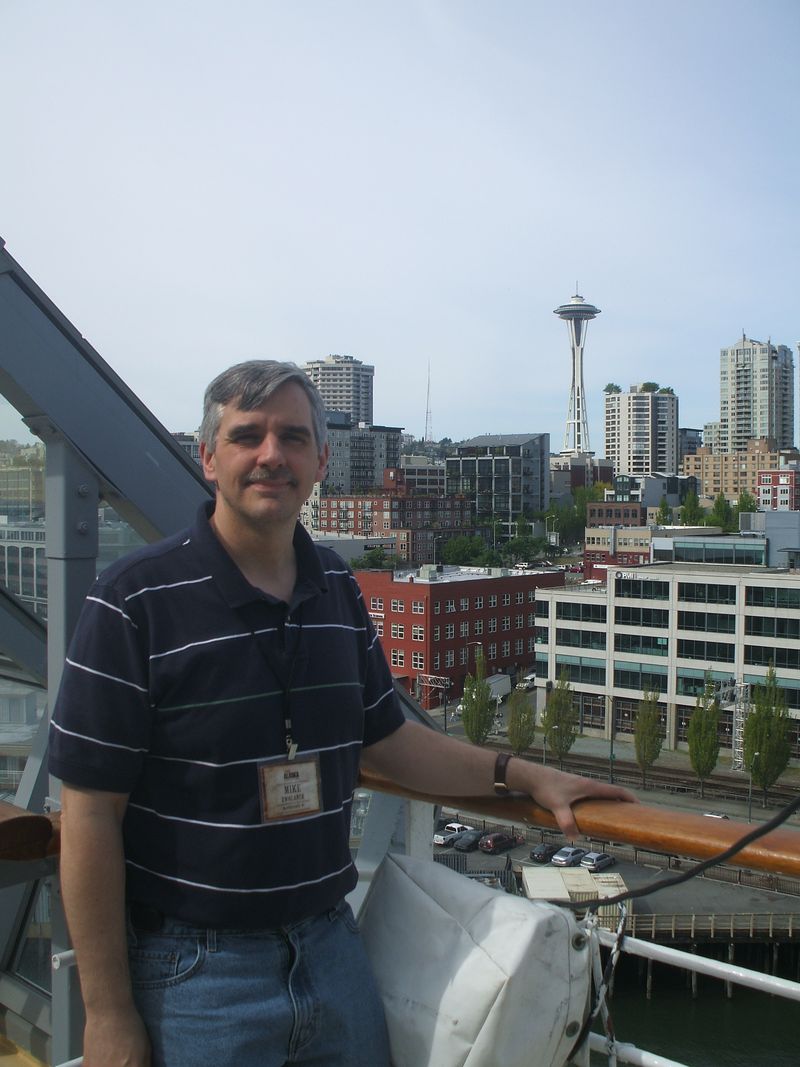 We were in Seattle for a total of four days and it didn't rain once! Now is that proof of a charmed trip, or what? I need to wrap up our Alaska narrative before I start the Convention 2011 narrative here in just two weeks! Can't believe I'm on the final blog post about the fantastic Stampin' Up 2011 Alaska incentive cruise... I guess it really is back to reality, now! Although we had so much fun in Seattle, I really could do several posts just on this one city.

First up off the boat that Friday, we hit the famous Pike Place Market. The pictures don't do it justice--it just stretches on and on for blocks. 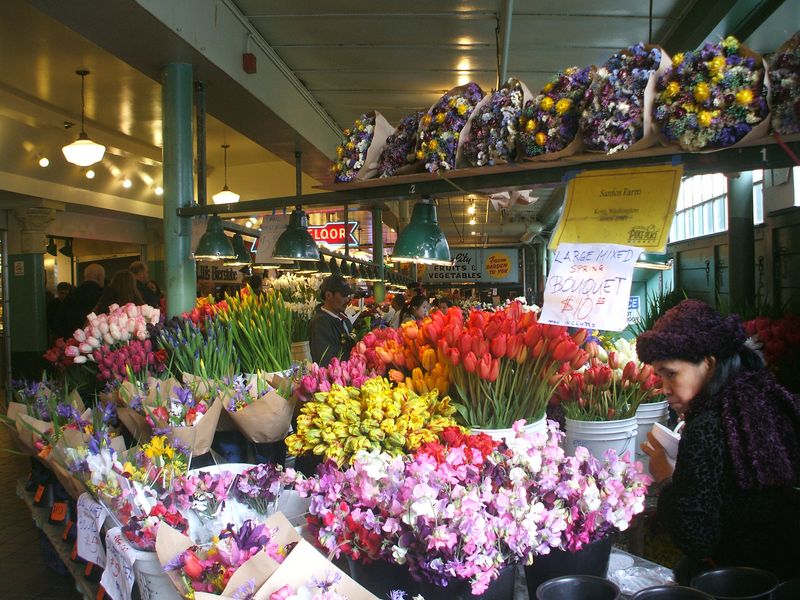 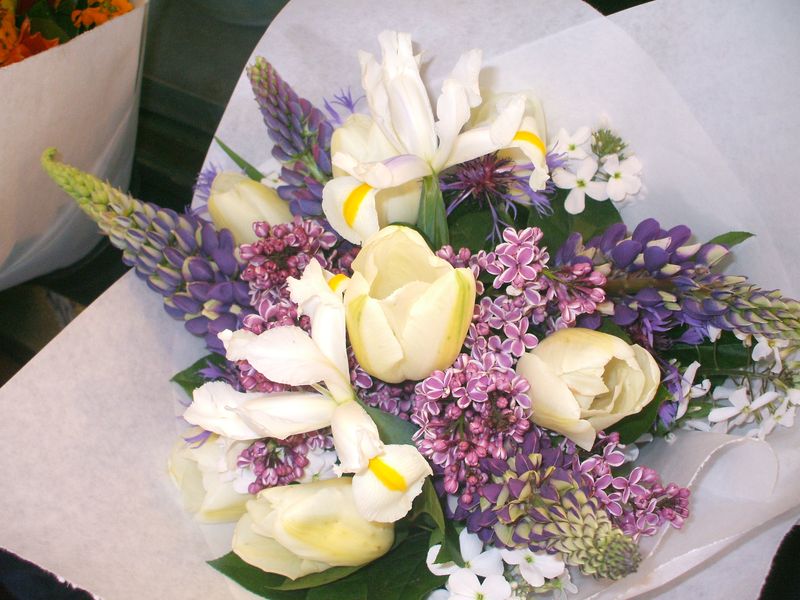 The flowers were the best part! They were just incredibly gorgeous, and so cheap! I bought a bunch to put in our hotel room. The market is a melange of amazing smells and sounds--right next to all this loveliness was the fish sellers! It was so fun to watch the fish flying through the air. We got there right as a lady volunteer was learning to catch--she did really good! 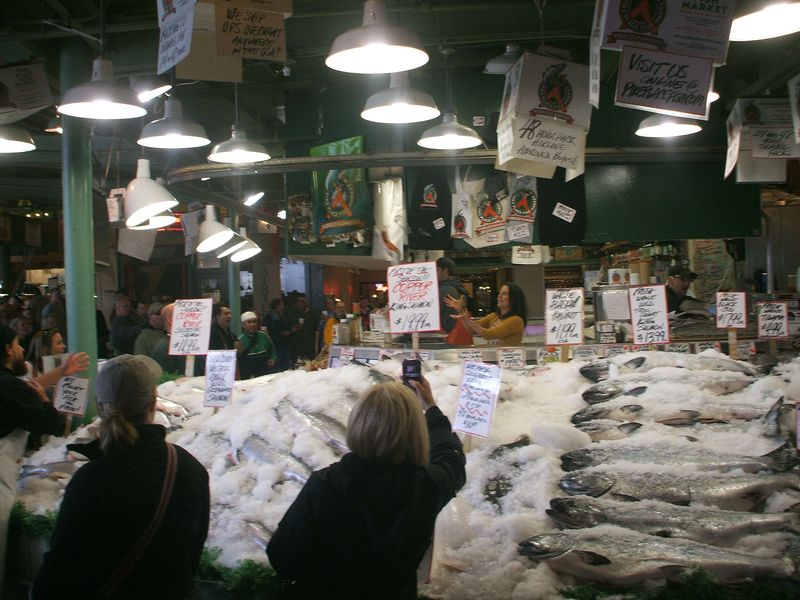 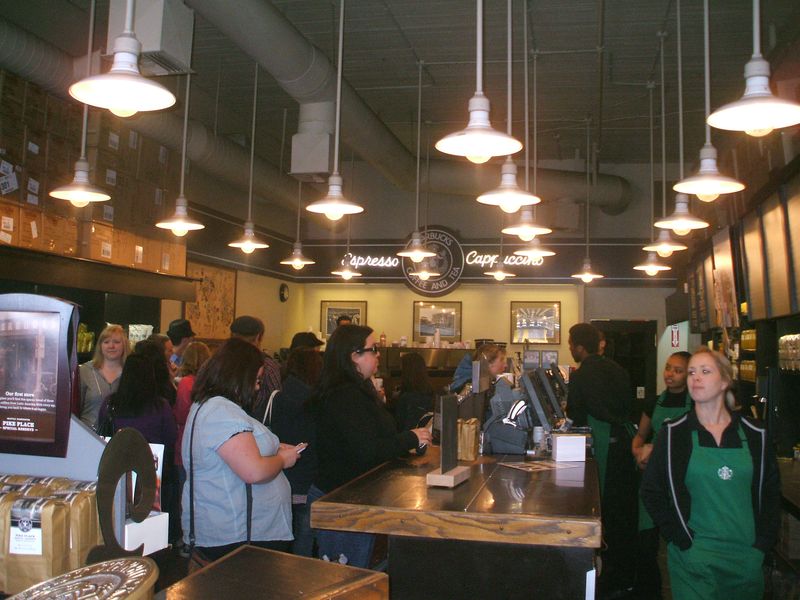 There's a coffee shop on every corner of every block in Seattle, but we HAD to visit the first Starbucks and pick up a pound of Pike Place Blend, right? Of course! We also felt it our bounden duty to sample a different local coffee shop morning and afternoon throughout our stay... but the best mocha I ever had in my whole life came from a little shop called Zeitgeist, next to the Klondike Gold Rush National Parks museum. 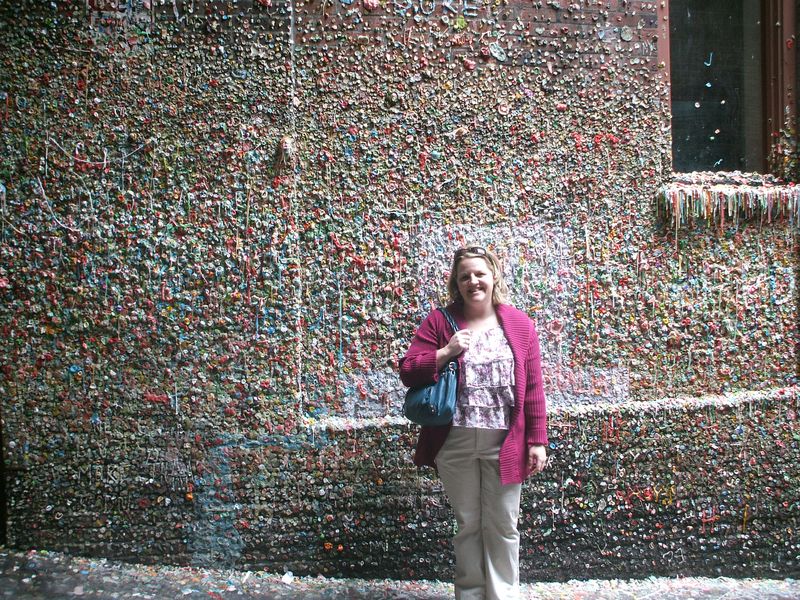 From the sublime to the utterly ridiculous... this is the Gum Wall, in a little alley just off the end of the market. For some reason people started sticking their gum on the wall and it just took on a life of it's own. I had originally planned to stick a piece on the wall myself, but when we actually saw it I was SO grossed out by the thought of all that saliva that I could barely bring myself to stand near it while Mike snapped a quick pic! 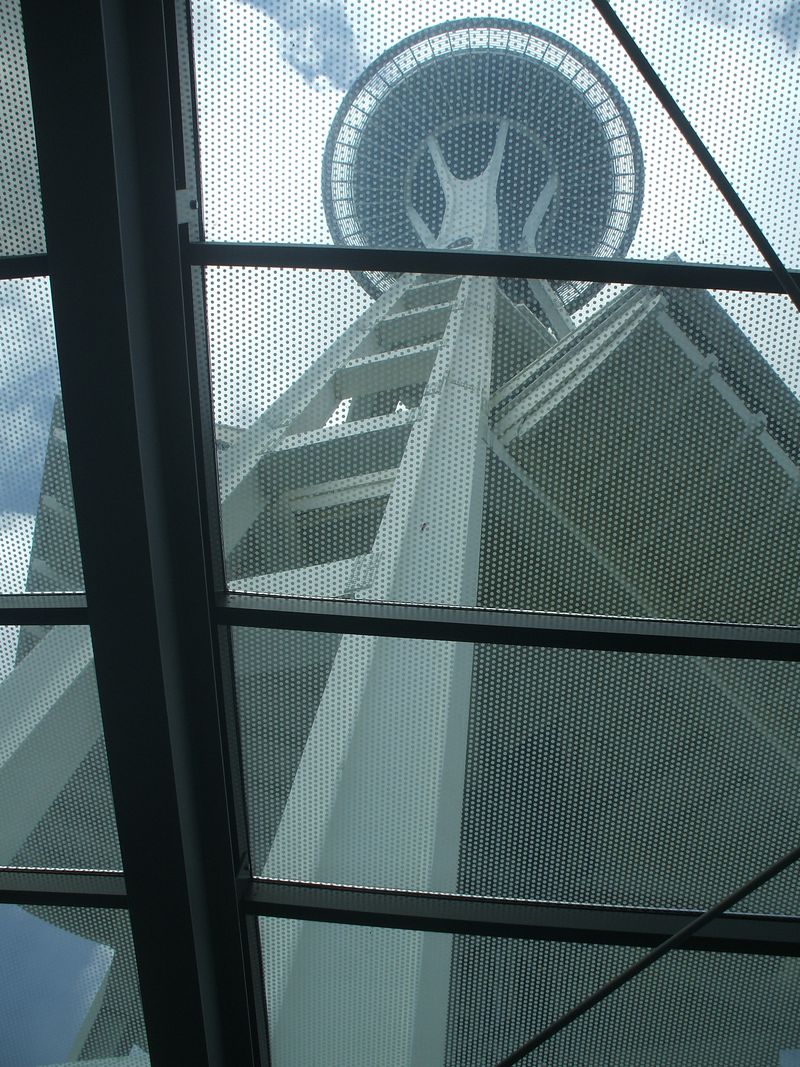 After we checked in to the Maxwell (I lied, I am going to do one more post from our trip, all about the astounding hotel decor) we people-watched our way through a huge folk festival in Seattle Center to the iconic Space Needle and later to the monorail. It was windy at the top of the Needle, but with great views and a good way to get a feel of the city layout. 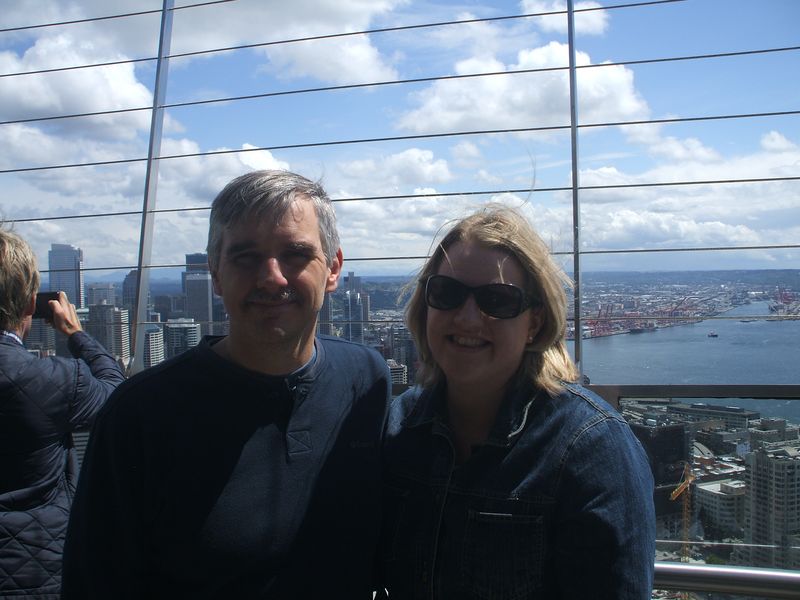 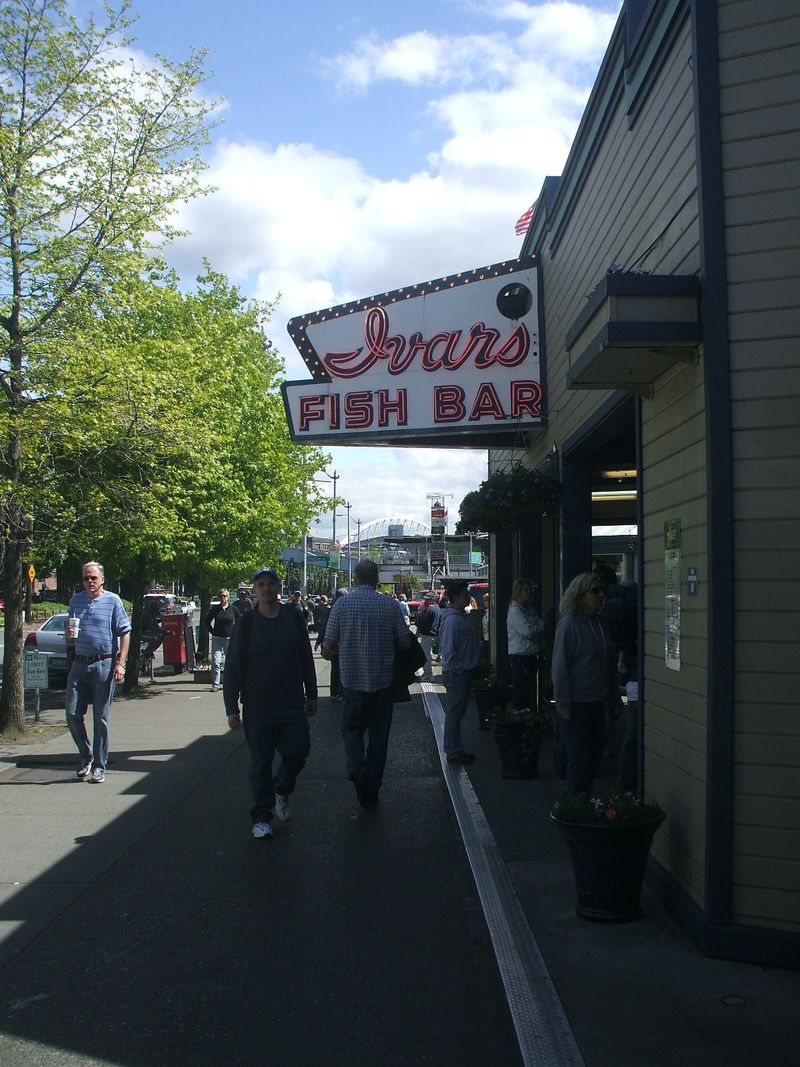 Had a lot of really excellent food in Seattle, too, including the famous Ivar's Fish Bar, and Toulouse Petit, a French Creole restaurant I found online. We made it there for beignets with chicory dipping sauce and French-press coffee one morning and now we're spoiled for regular donuts forever! And in search of the perfect beignet recipe...

Ok, I lied again--two more "last" posts from our trip, coming up! I forgot to tell you about our Seattle Underground tour! Oh and the Mariners game....Stay tuned...!

Keep these posts coming until we can "see" Convention through your eyes!