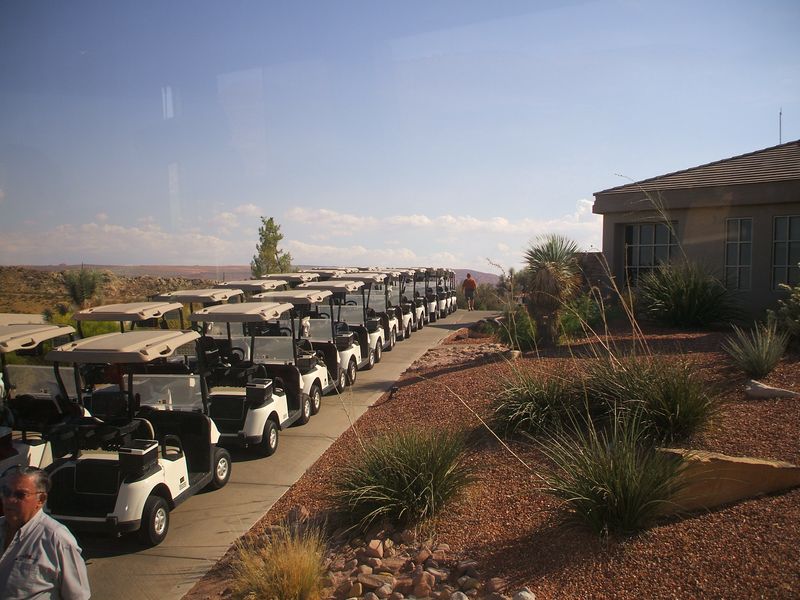 We had no idea what to expect for our mystery activity on the last night of Founder's Circle 2011, and many of us felt a little trepidatious when we pulled into a golf course! But we played nine holes of goofy games, many involving marshmallows. It was a total riot. These ladies are competitive, I'm telling you! But come on, I mean, STAMPS were at stake here! This is serious stuff. 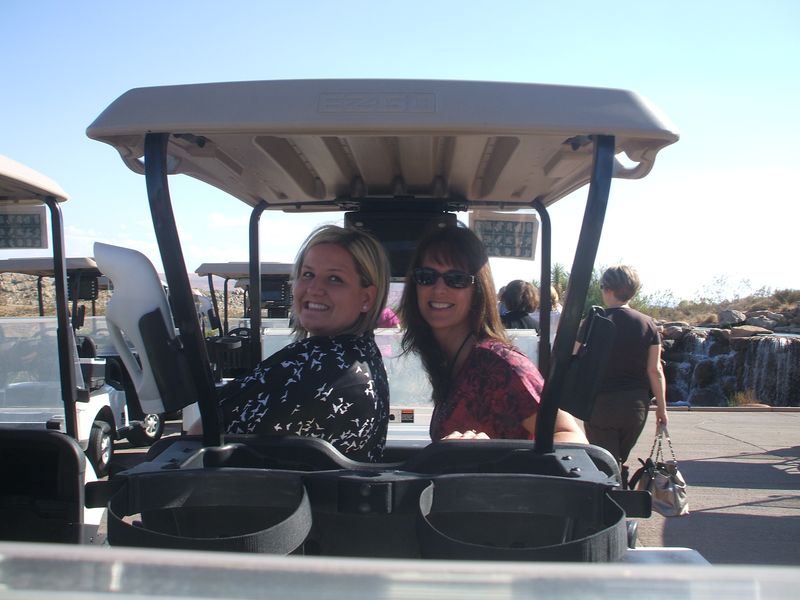 If I had to list my top three moments at Founder's, it would be the Kanab facility tour VERY closely followed by the golf outing (and third would be the Little Mermaid Broadway production). Imagine a golf course filled with 120 women and about seventy golf carts and all of us racing to beat the clock. I have not laughed that hard in a LONG time. It was RIDICULOUSLY hysterical. 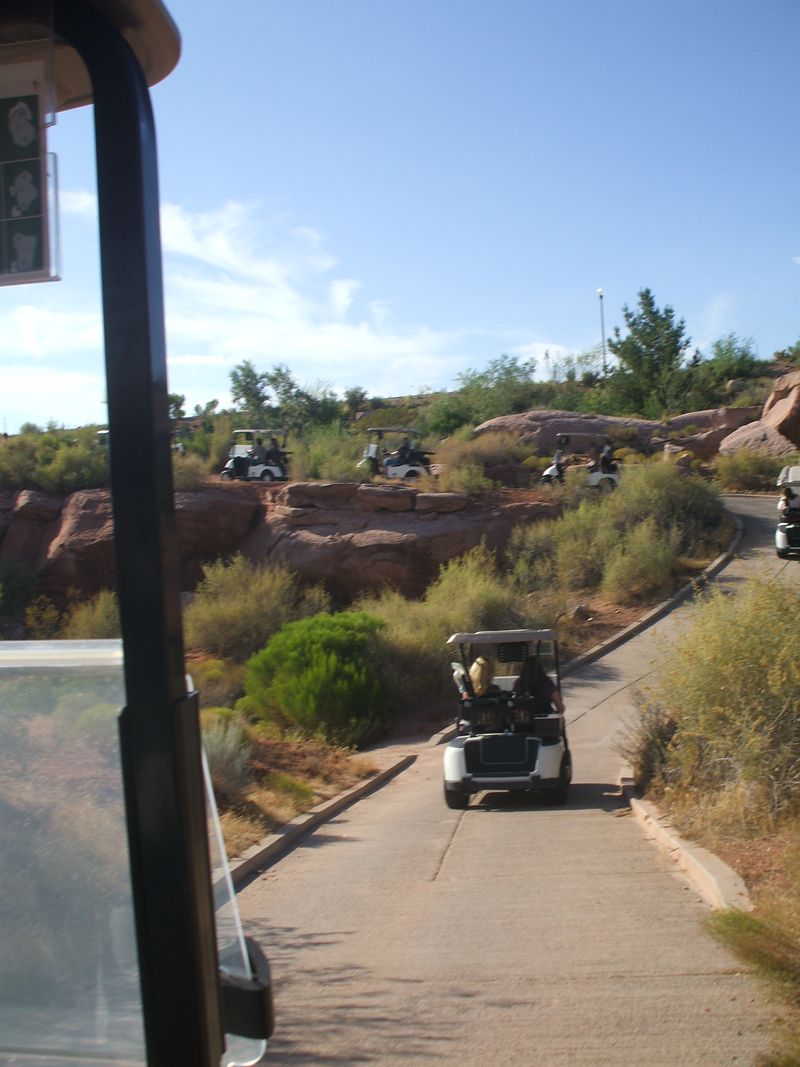 After some urging I decided I would try driving the golf cart after all... my poor team members then realized they had created a monster! No matter what they tell you, I didn't run into anything. And I only went off the road twice except when parking. But wouldn't YOU love to go zooming around with scenery like this?? I mean, really!! This is Coral Canyon Golf Course, by the way. It didn't seem to be too far out of St. George. Although bus rides full of Stampin' Up demonstrators seem to fly right by because we're all chatting away! 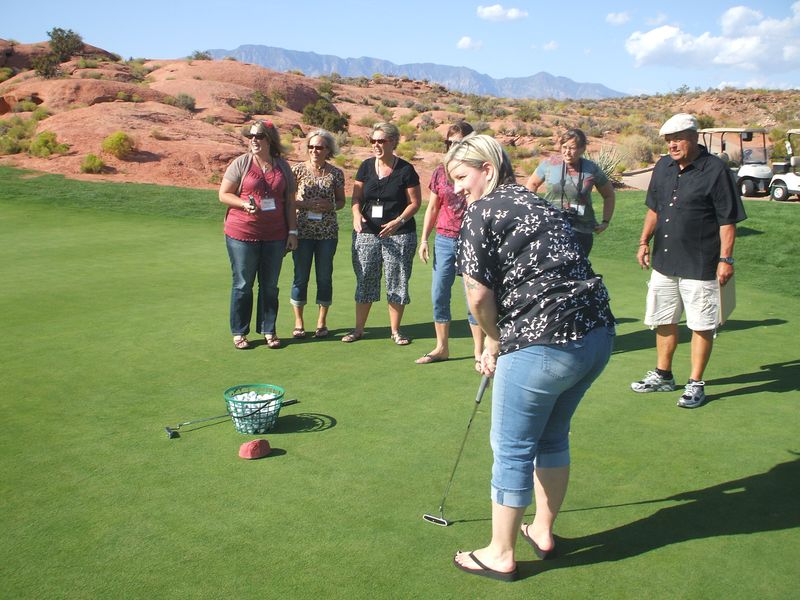 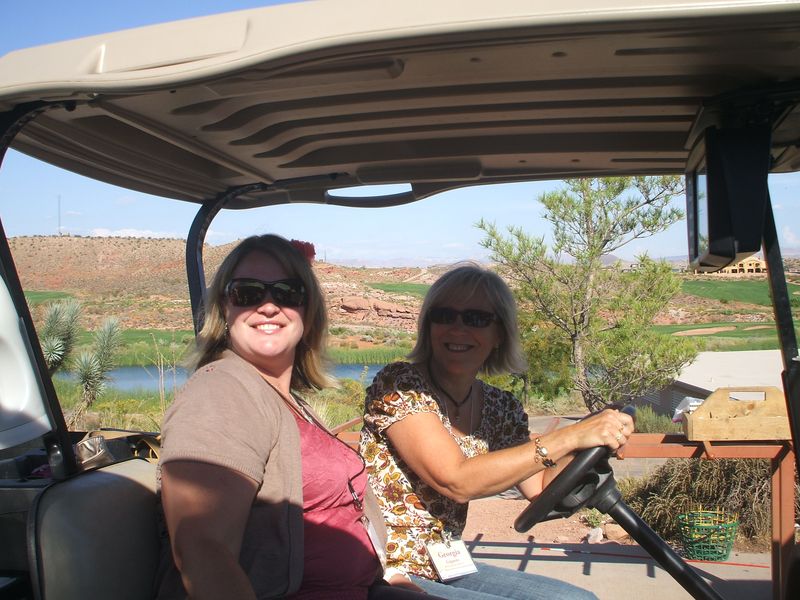 Our team was "The Teacups"--others were the Jam Tarts, Sugar Cubes, Tea Cozies, Cream Teas, Lace Doilies, etc. There were 17 teams in all. I was lucky enough to get paired with Ronda Wade, Georgia Giguere, Beth Ann Wilson, Connie Stewart, Karen Bernhardt and Jennifer Gulch. We had dinner together twice and had SUCH good conversation going around the table. I tell you, I learned so much on this trip! Now to find the time to implement all the great ideas! 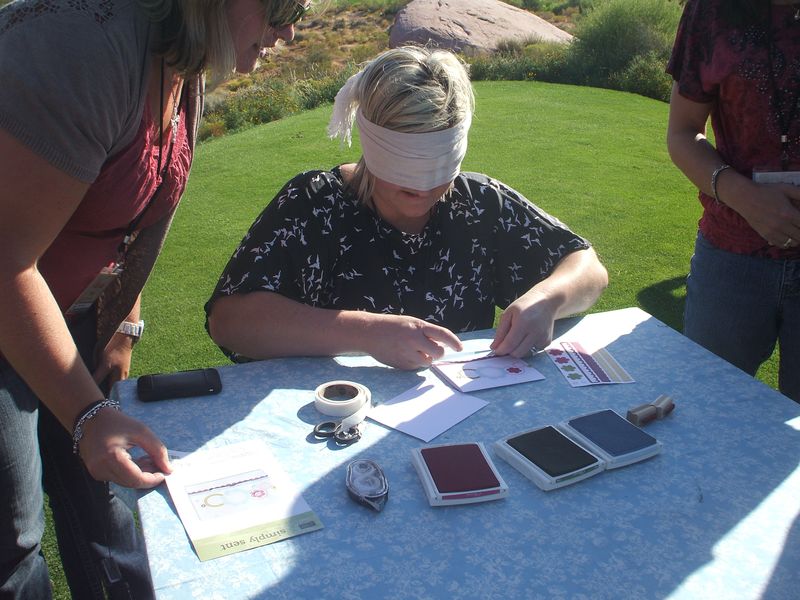 The games were tons of fun--and thankfully, there were consolation prizes, because we were pretty terrible! Let's see if I can remember them all.... we had to get a hole in one, drive a marshmallow, coached blindfolded stamping, speed-eat a jumbo marshmallow, hit a product with a putt (if you hit it you got it), do timed stamping, take a quiz... I turned out to be a natural at making divots. Too bad there wasn't a prize for that. 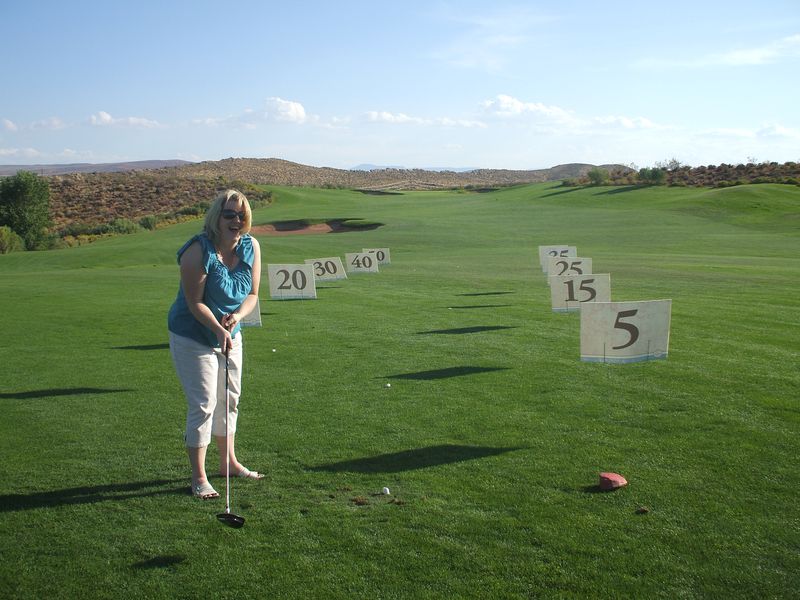 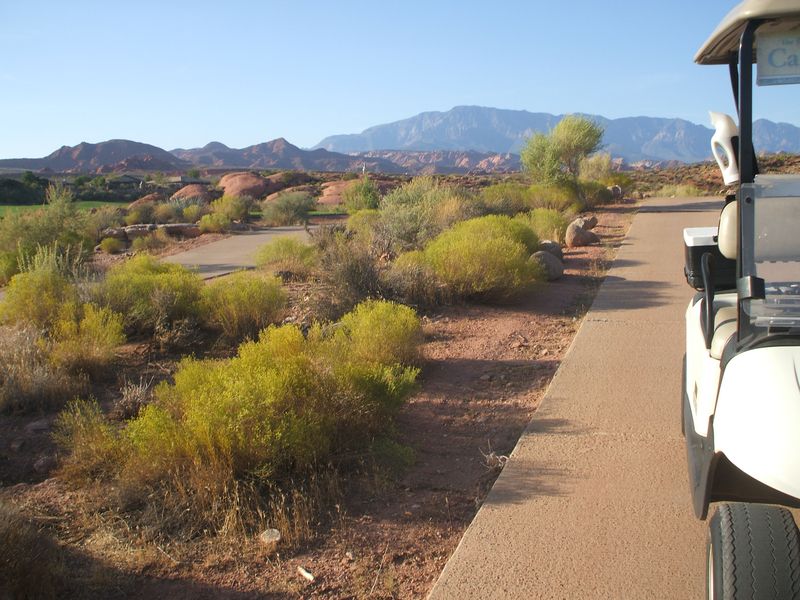 Finally they made me park my golf cart (boo hoo!) and go into the clubhouse for a prime rib and spare ribs dinner. Our team did not win, suffice it to say, but we all felt like winners when we saw the "Tee Time" table decorations! The trophy is now sitting proudly on my shelf--the only golf trophy this girl is ever gonna get, that's for sure! 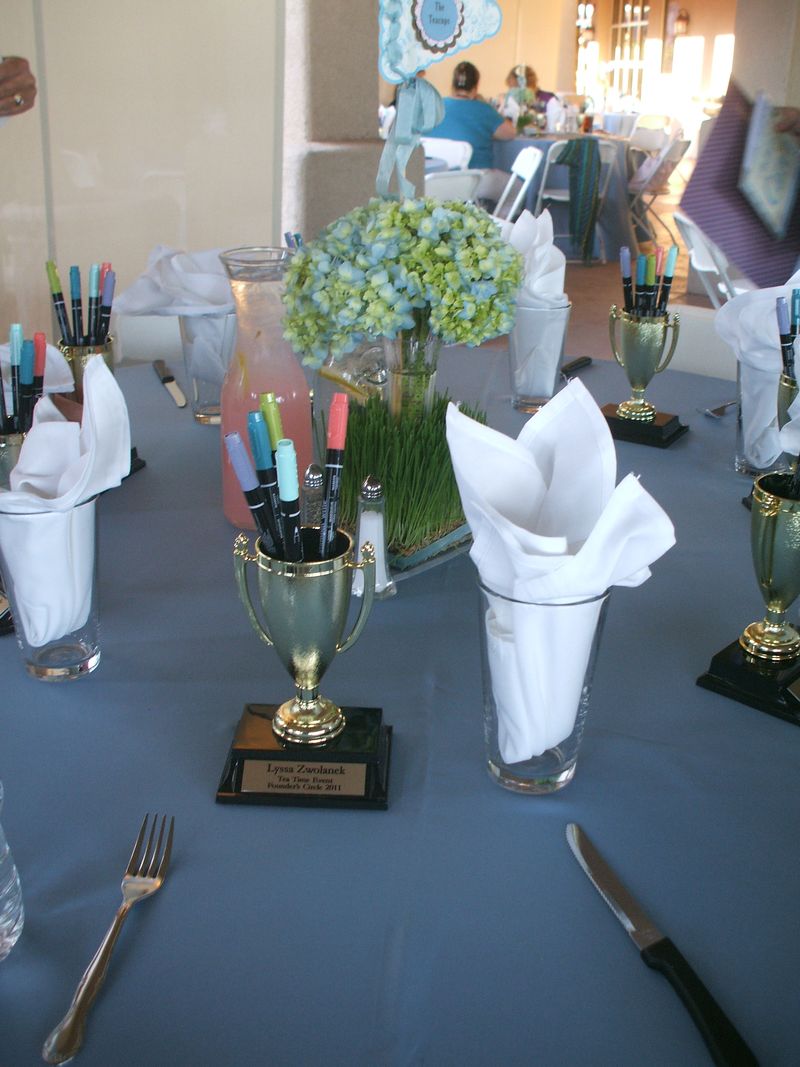 What a riot! Know what you mean about divots! WHY isn't there a prize for that?! It takes pure talent to create those huge clumps of dirt & grass. Thanks for sharing!

Lyssa...Thanks so much for sharing Founder's Circle. Sounds like you had a blast! Loved the pictures! I'm hoping to get there one of these years. Thanks for sharing all your ideas and inspiration!