if I lose my train of thought a few times in this post... - Song of My Heart Stampers

if I lose my train of thought a few times in this post... 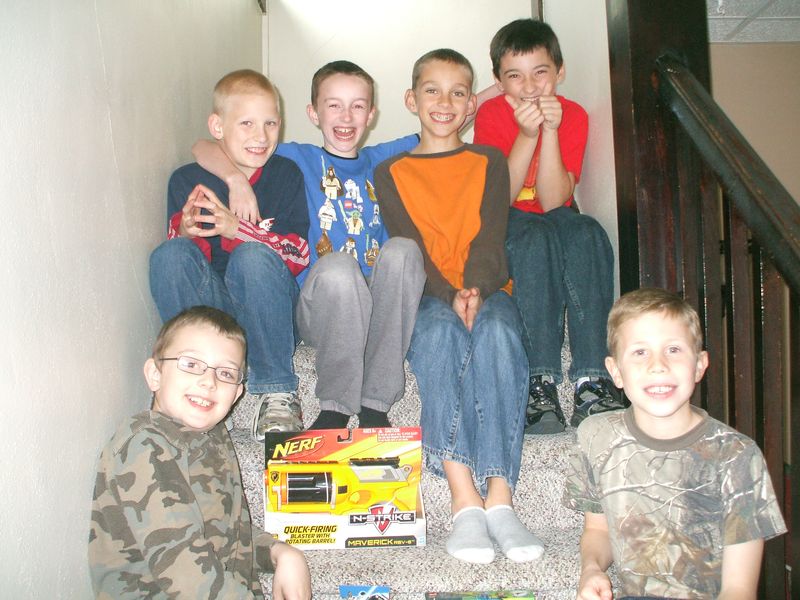 ...it's because of the difficulty inherent in concentrating while Storm Troopers are thundering up and down the stairs. Dan's 10th birthday party is in full swing one hour in, pizza and root beer obliterated, movie abandoned and the wrapping paper anihilated. I'm hiding in the bedroom with the computer now for fear of getting trampled, or arrested, or shot! 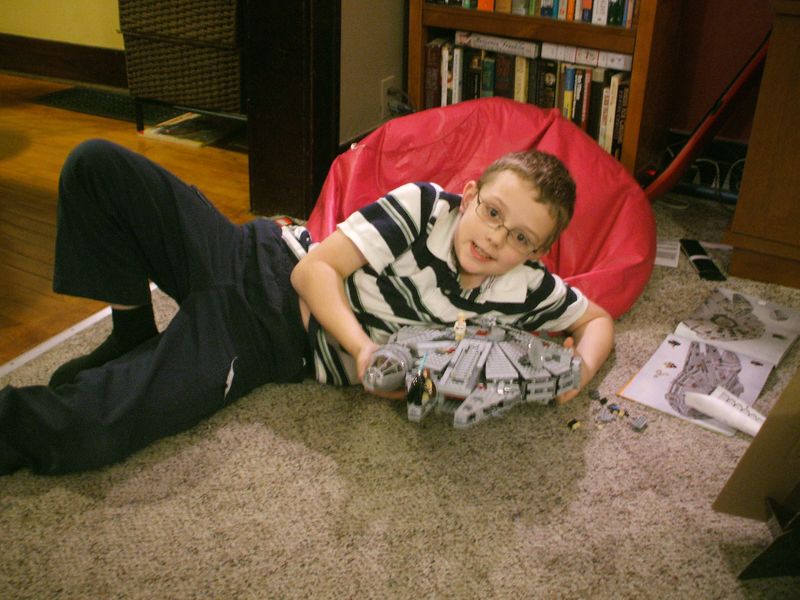 All this is highly entertaining, especially the overheard remark from one boy, "Man, your house is a lot cleaner than mine." Don't worry, I was unable to discern which of your children made that observation!

The party distracts me from the fact that my baby boy turned ten Wednesday. The "little" is no longer applicable... something that should have been clear from the rapidity with which he outgrew his clothes. But it snuck up on me, and now the observation that I have less than 12 inches on him brings home in a new way that his time with us is limited.

So what's a mom to do? Post embarassing bathtub baby photos on Facebook, certainly... but also something I've been wanting to do, which is pose Slushie for a scrapbook layout. 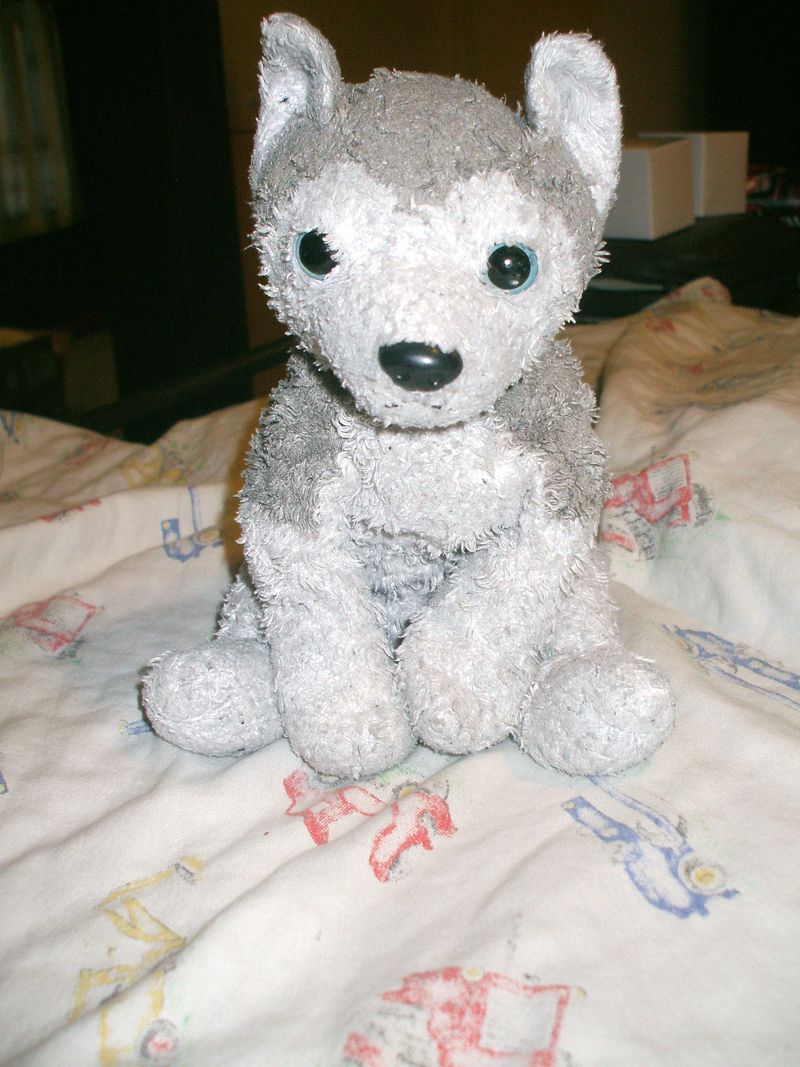 Slushie has been with us since nearly the beginning. When I quit my job as fast as I could after Daniel was born, I got a farewell gift certificate, and part of it went for a cute little plush doggie. It became his constant companion and was soon inseparable from this flannel blanket, made by a lady in our church. They're both still extant, the doggie and the blankie, although looking considerably worse for wear.

Old Slush moves towards a cushy someday retirement in a memory box and my boy inexorably grows into young manhood, each at the same speed. I'm reminded of the saying, "Time is a constant companion who reminds us to cherish every moment, for it will never come again." I can't slow down the clock, but I can live in the moment, neither wishing it away or wishing it back... and take pictures. Lots of pictures. Of old toys and new, of little boys and little joys as well as young men and milestones.

Oh, Honey-Girl o' mine! Your birthday posts for both Natalie AND Daniel have certainly brought joy to my heart and tears to my eyes. I love you all SOOO much. And may your relationship with your kiddos GROW into something BEAUTIFUL, even when they are all grown up! Like us, huh?! XXXX, Mom

awwwww... I know the feeling too well... my baby boy turned 21 last January and will be 22 this January... and yes, He still will come and sit on my lap when he's home and daughter, who is 27, still reads to me... Fun stuff to look forward to...