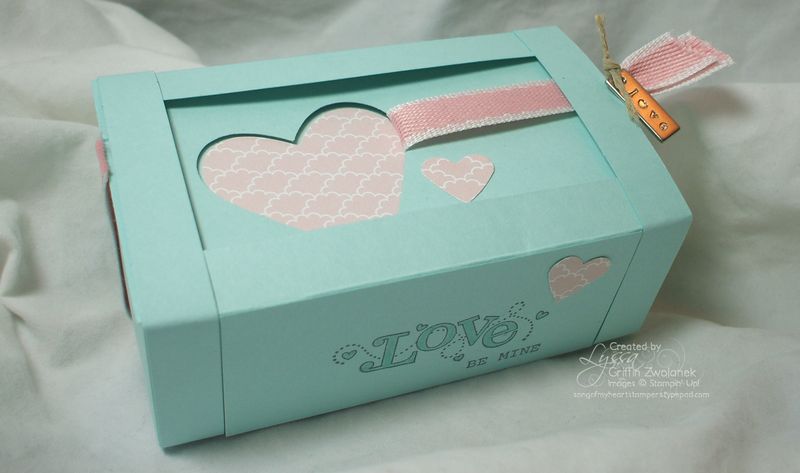 Ok, apparently I can't get away with posting a cute box with a fun lid and not sharing the how-to! SOOOOO-RRRRYYYY!!!! : ) So enjoy today's FREE (as always) photo tutorial on making any size box with a secret sliding lid... and don't let the take-away lesson here be that whining gets you what you want. LOL! 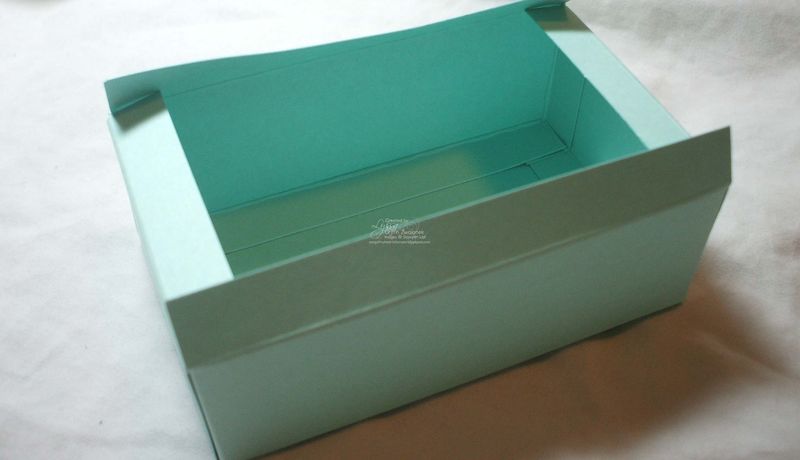 First, make your rectangular box. This can be ANY size, so no, I am not including measurements. The only special part of your box needs to be a half-inch flap on all four sides of the top. I did this on the handy-dandy Simply Scored tool (just $29.95 and a must-have!). Snip down to the score lines and fold towards the insides, as shown above.

Rectangular does seem to work better than a square. Something about the drag on the lid, I guess.

Then, cut two lids, exactly the same size, for the top surface of your box. Neither one of them needs any flaps.

Punch a circle out of the RIGHT hand side of one of the lids, and out of the LEFT hand size of the other kid, as close to centered as possible. If they are off a little, no worries--as long as you can still get the candy out!

Next, you're going to attach your RIGHT hand punched lid to JUST the two end flaps--leave the long side flaps waving in the breeze for now. And don't mess around--use Sticky Strip. Better to do it right the first time than regret being chintzy with the adhesive later! 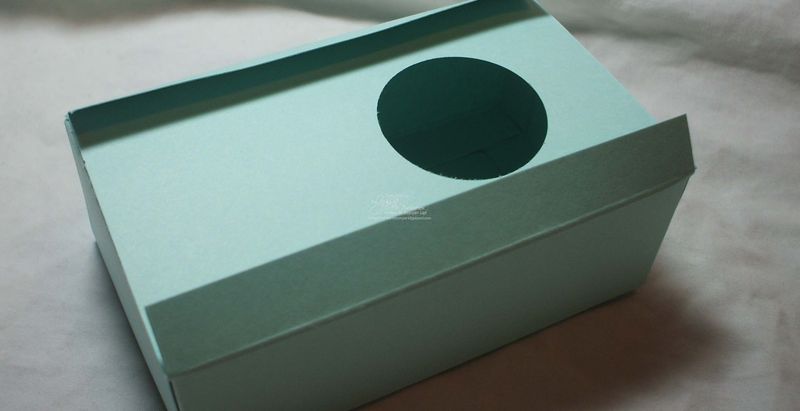 You can kind of see how we are making a channel or track for the upper LEFT hand punched lid to slide in.

Now we need to make the long flaps lay down and secure the ends so the upper lid is in there nice and snug.I did that with two half-inch wide strips of cardstock, attached with Sticky Strip, as shown below. 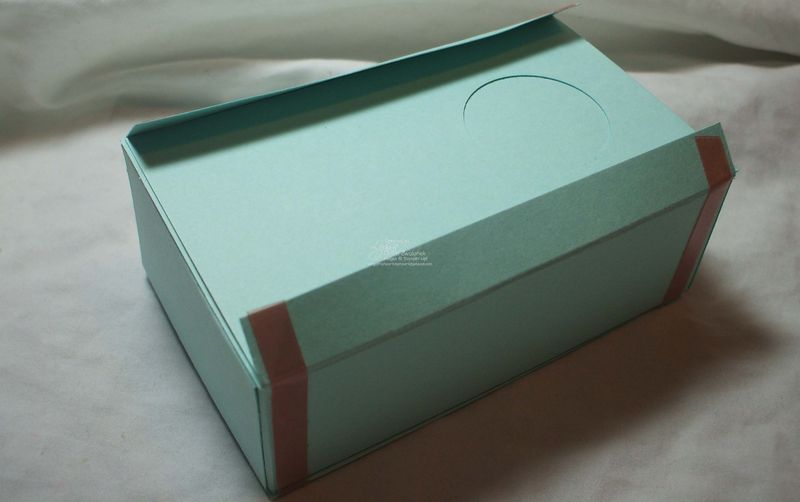 With the cardstock strips wrapped around nice and snug, you can slide the LEFT hand punched lid in between that framework and the lid you attached previously. If there is a lot of resistance, you can shave off just a dab from one of the long sides to make it slide more easily, but leave it kind of tight so that the lid doesn't fall open by itself all the time.

I always attach an obvious ribbon pull or tab to the correct end you want the recipient to grab, for their own sakes. Wouldn't want anyone to freak out and wind up ripping it open to get at the M&M's!

Thanks Lyssa! You are awesome, as always!

Thanks for the FREE tutorial (as always for you!)! really appreciate it!!! you are very generous! (and it is really cute!!!)