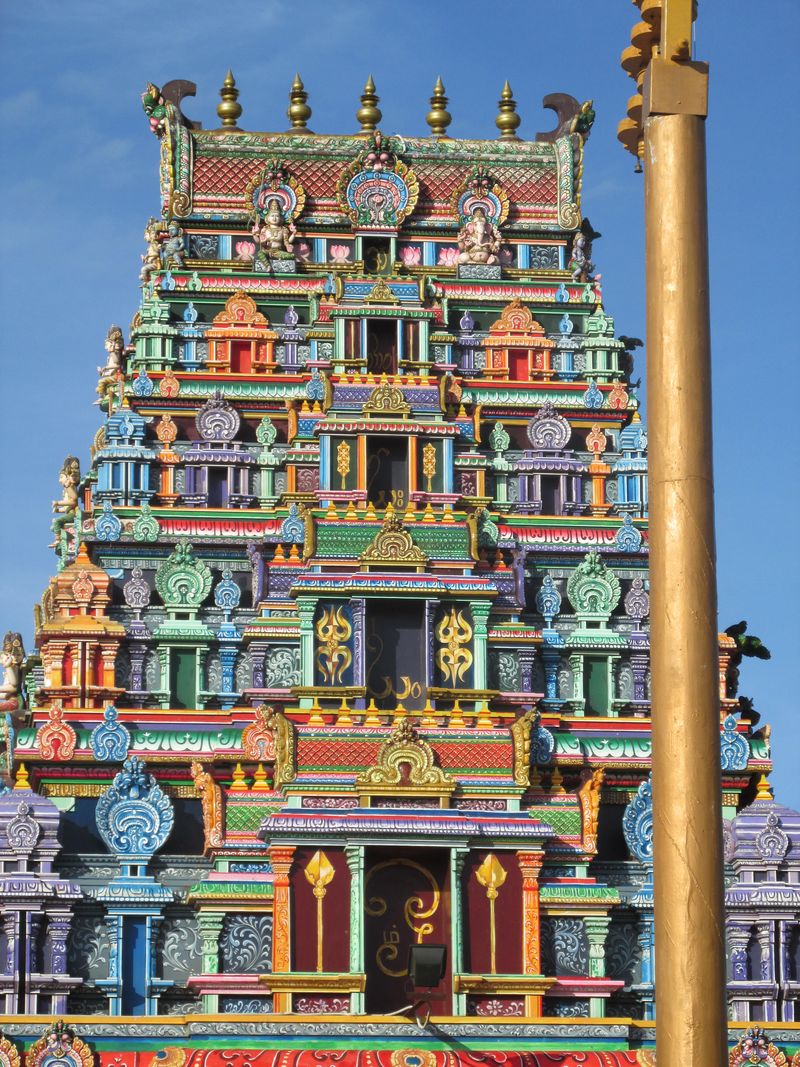 One of the most interesting places we visited in Fiji was the Hindu temple in Nadi. Apparently Fiji has a large population of Indians, about 30% or so. I had never been to a Hindu temple before, and I couldn't believe how intricately detailed they are. I've always heard that India is the most colorful place in the world, and if this building was any indication, colorful is a good place to START when you're trying to describe it! 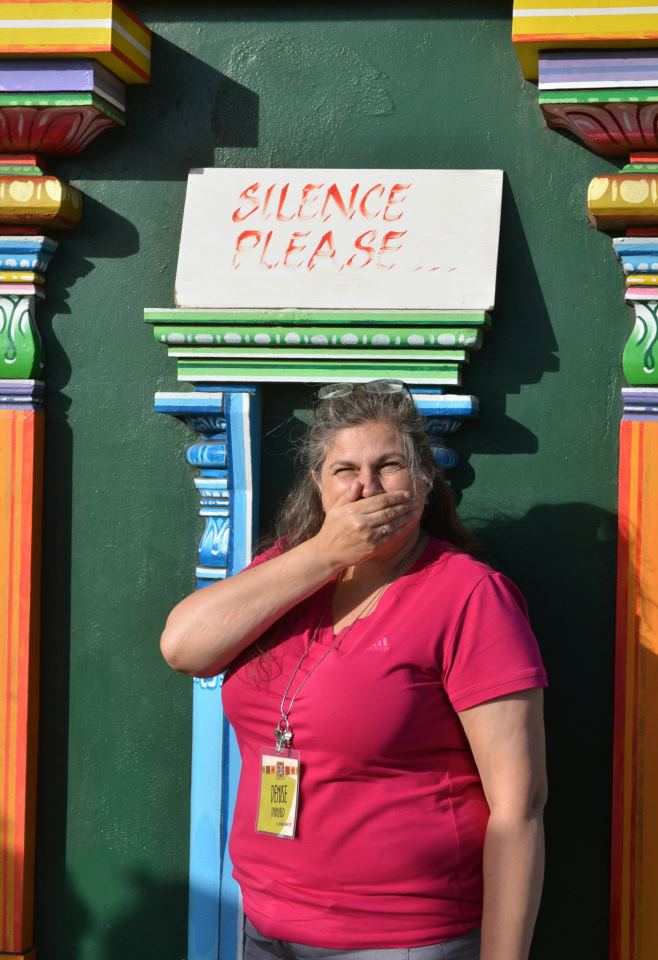 Denise goofing off. Actually we were very respectful inside. I'm sure they have seen much worse behavior from Americans abroad!

First up, we had to remove our shoes. I tried not to think about the flooring too much (sometimes in other countries you just have to go with it and decide that if you catch anything, it will most likely not flare up until you're back home and under the care of your doctor anyway, right?). The attire of one of the ladies in our group was deemed unacceptable and she had to tie a sarong over her shorts. Alanna was also asked to wear a veil because her neck was exposed by her ponytail. She decided to let her hair down instead. Can't blame her for that one! 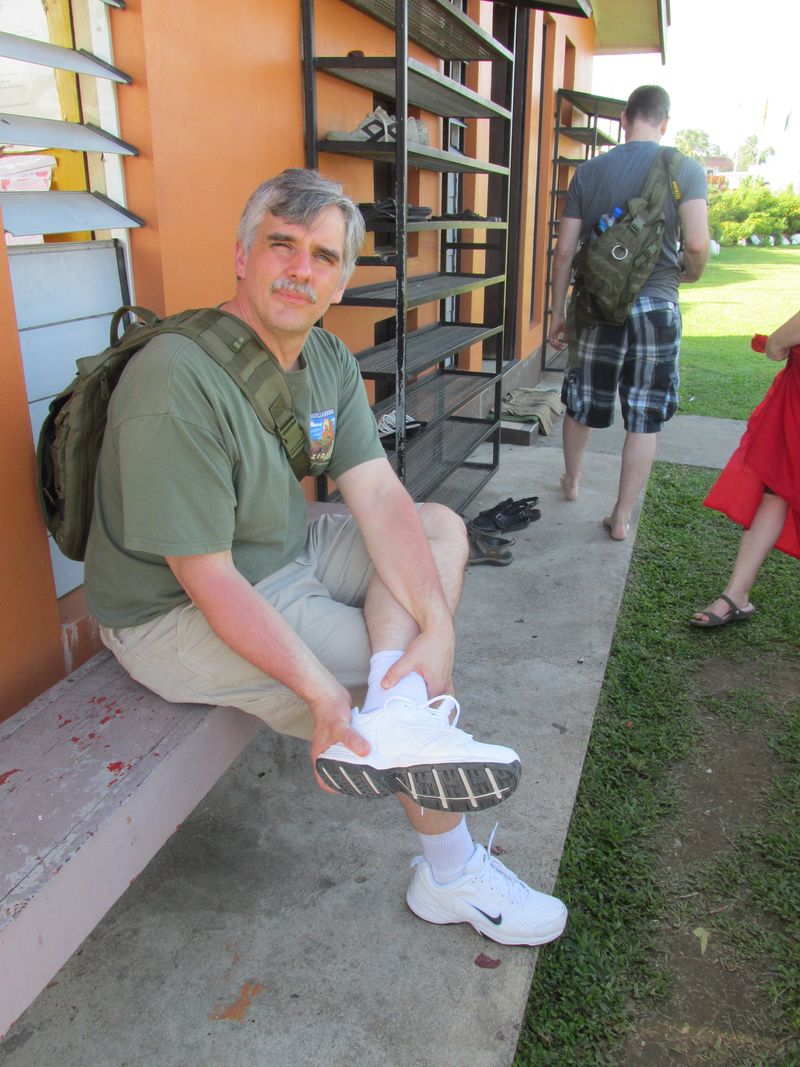 We also had the opportunity to buy these plates of offerings with food, flowers and incense sticks to place before the shrines. We declined... 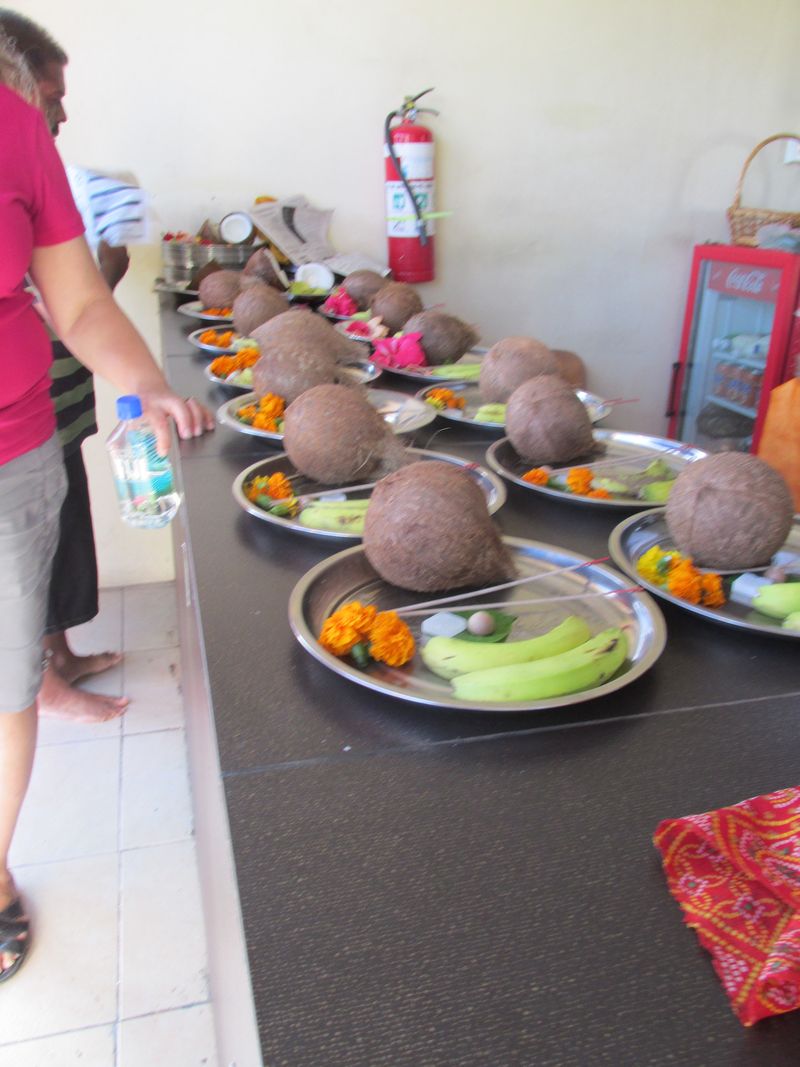 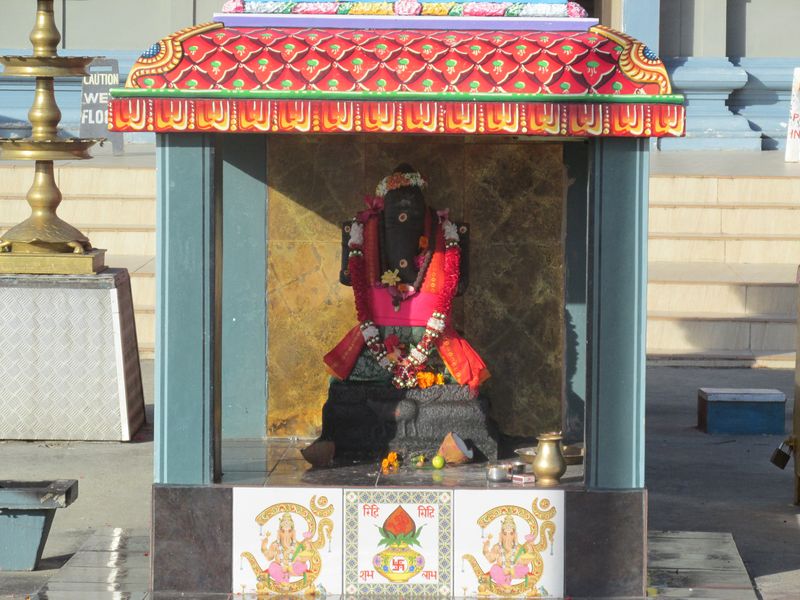 You could take pictures outside the temple, but not inside. My new camera with a big zoom came in handy here! It was all really fascinating. From a Christian perspective, it was also terribly sobering to see all the works and labors done in "hope" of making it to heaven. 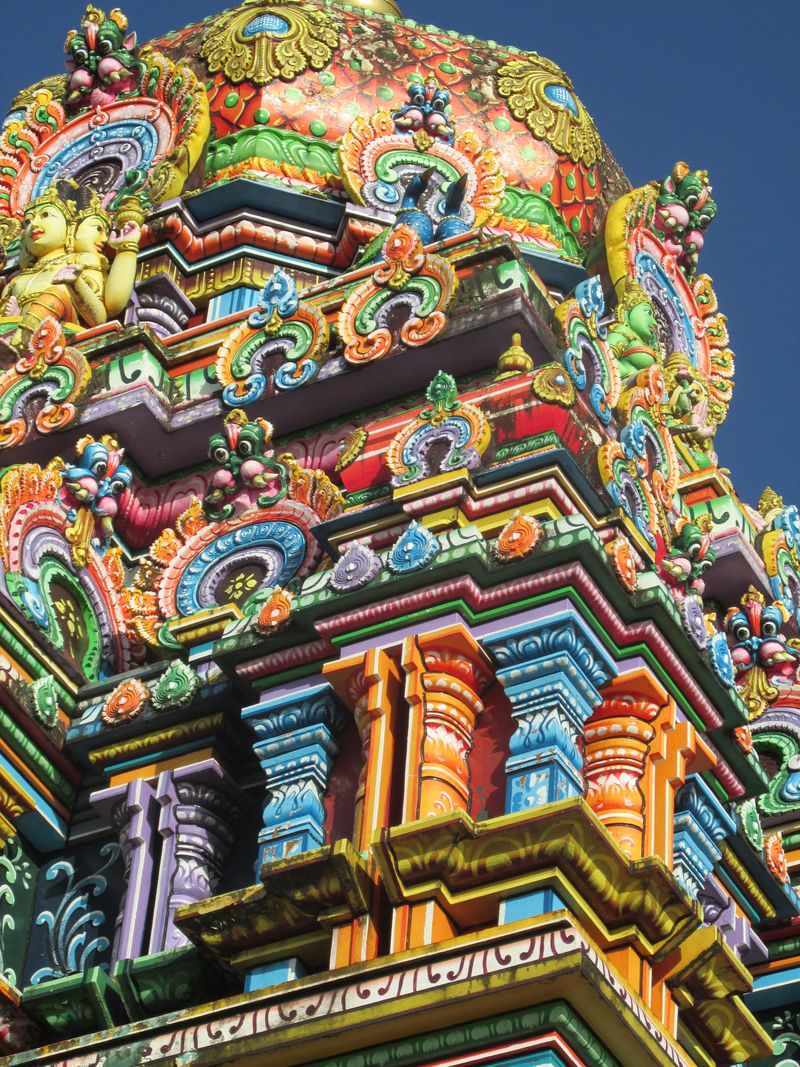 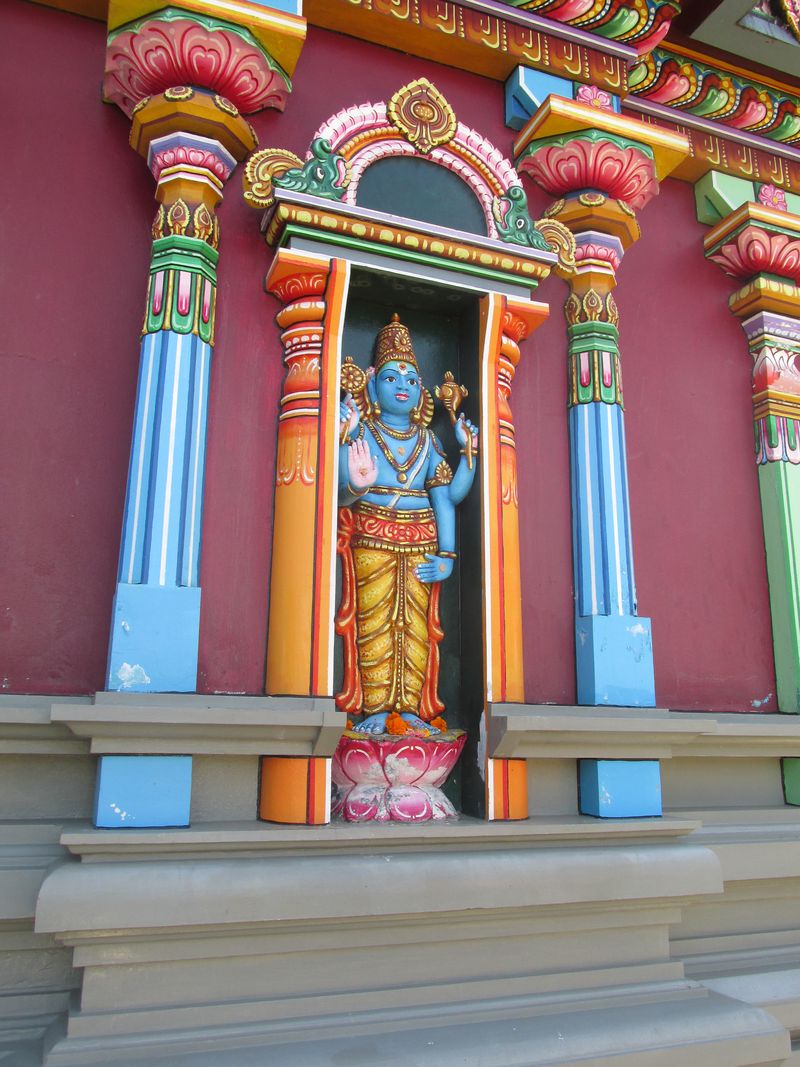 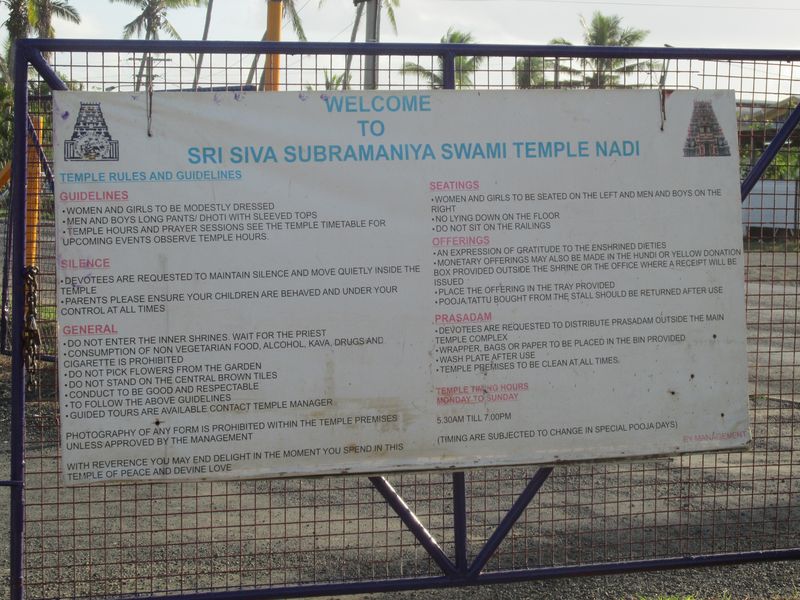 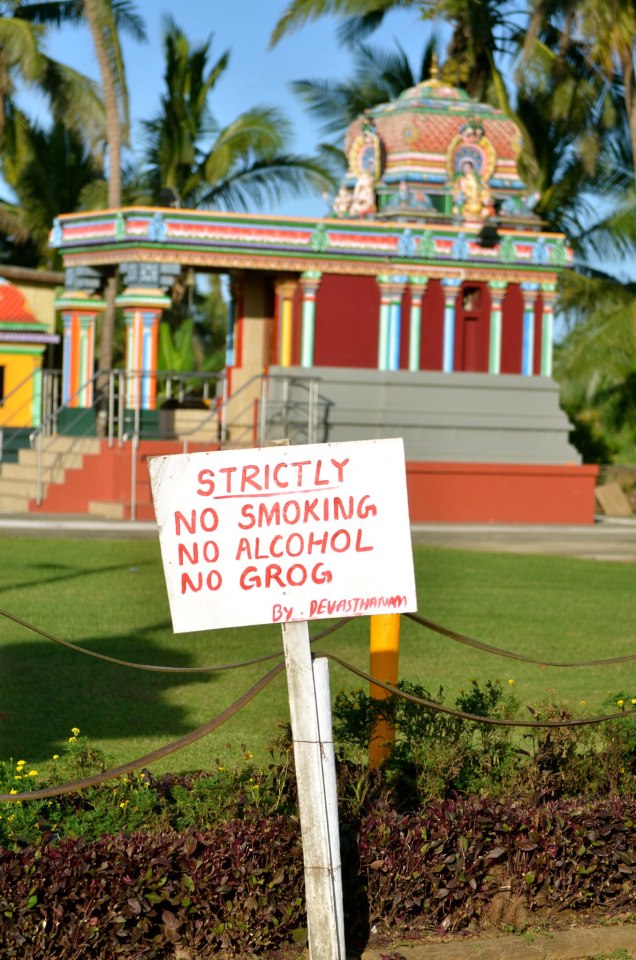 Love this photo that Alanna got... no grog! That means no Kava. So interesting to see the blend of British, Indian and native Fijian cultures. What a fascinating country Fiji is!