Mini Photo Tutorial: fancy borders with the Chevron Punch, part one - Song of My Heart Stampers 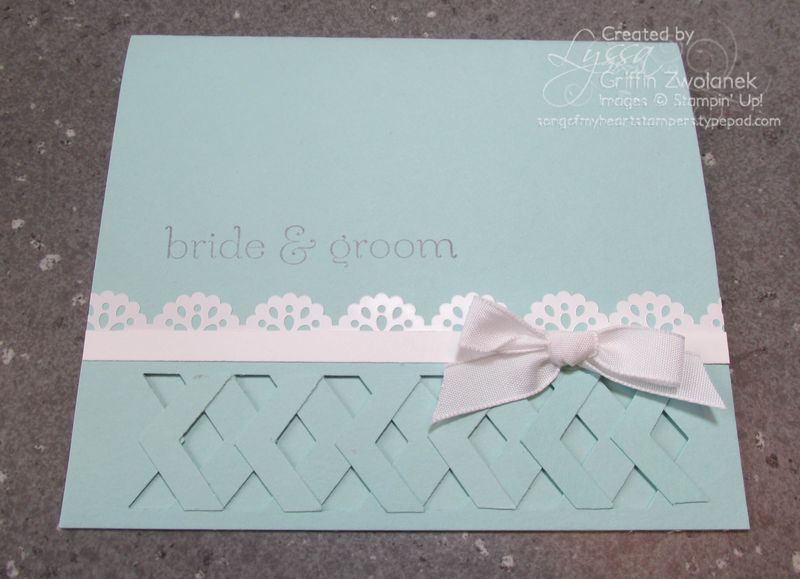 isn't this pretty? The border looks like a complicated technique, yet took seconds. I think many of us would probably never recognize the new Chevron Border Punch used in this fashion! I actually discovered this on the eve of leaving for Convention 2013. I had time to whip out twelve sample swap cards with it, but I forgot to take a photo of the technique to share with you all. So, at LOOOOONG LAST, here it is! 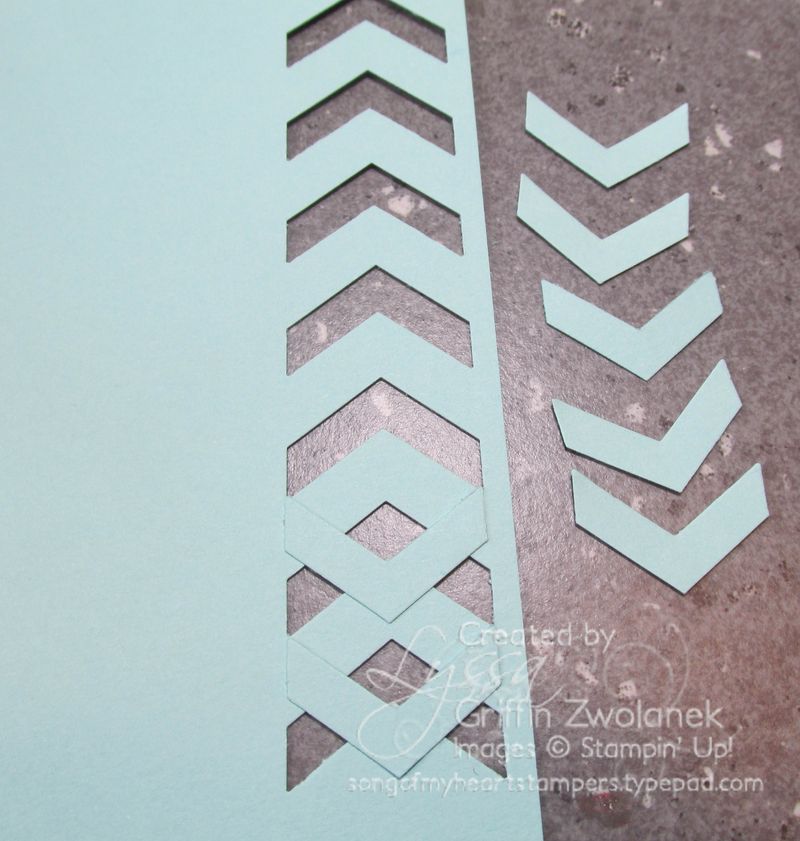 This border is SO easy. Just punch with the chevron border punch the length of your card. Save the punched out pieces, and adhere them down facing the other direction. Voila! Instant complicated, looks-like-it-took-awhile border treatment. I especially love it for wedding cards. 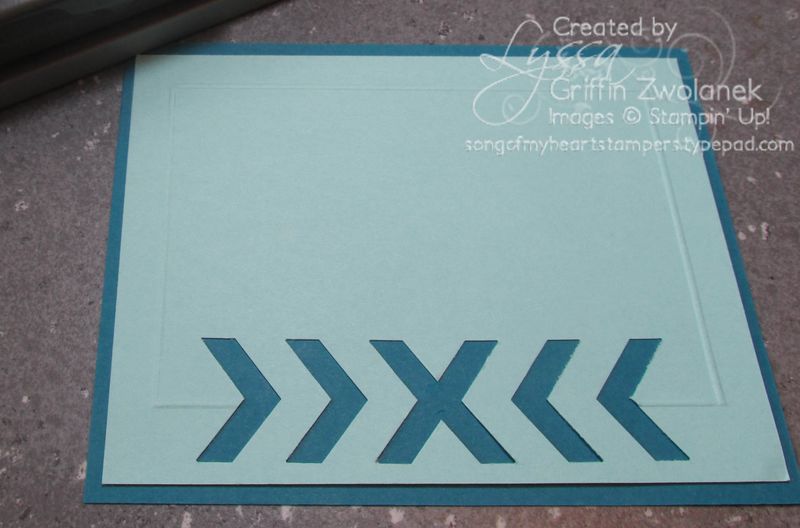 Here's a cute one. Punch once with the border punch in from either direction. On a 5.25 inch length, they meet in the middle to form an X.Then I scored a "floating" style frame around it with the Simply Scored board.

The Simply Scored came in super handy on this card below, as well! 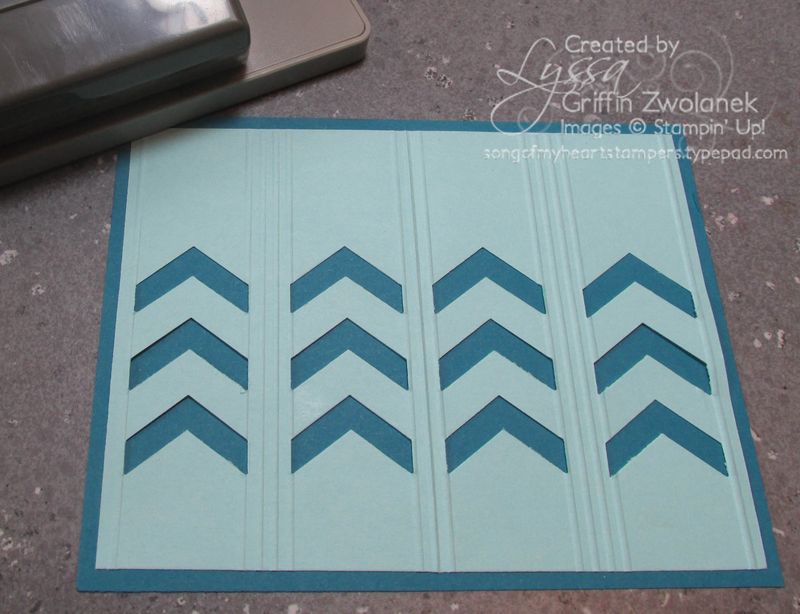 You're probably wondering how I got a BORDER punch to work on the interior of a cardfront! I punched this 4x5.25 inch piece of cardstock once on either end, then folded it in half right down the center and punched again (holding my breath). I opened it up and found four perfectly-lined-up chevron stacks! Whew! But then I had this ugly fold line right down the center of my card. So I turned it into a motif instead, by adding additional scored lines between every chevron stack. Worked out great!

I have some more "out of the box" card ideas for this punch, but the photos did not turn out well on two of the samples, so I think we'll have a Part Two of this mini photo tutorial tomorrow. Stay tuned! And leave me some love in the comment section, if I've made you look at this punch in a new light!

Freaking amazing! I thought it was some complicated motif but now you broke it down, just adhere the pieces! I totally love the final photo of the four columns of chevrons - looks something from the arts and crafts area with Frank Lloyd Wright stuff. Like a stained glass window panel! Thanks for sharing these with us!

Love this idea...thanks for sharing!

WOW ! What an awesome way to use the chevron punch. thanx for the great ideas.

Creative!! Love them all!

You are amazing! Showing this totally sells the punch!

all right, I give up already...this punch will be on my next order after seeing these great ideas! Thanks Lyssa for always sharing some awesome tips...you rock!

Thanks for the great ideas with the Chevron punch. It does look complicated but isn't - my favorite kind of idea!

That is so amazing!! I heard that this punch is harder to use in some instances, so I was wondering if you have had any difficulties??

Thank you for he inspiration....beautiful

shoot! I should have known better than to think I didn't need this punch (kinda over the chevron craze) but this is so much more! I love the corset technique of the first card.

Great ideas! Thank you for sharing.

Thanks for all the creative ideas. I bought this punch but haven't barely used it yet. Now I will!

Wow Lyssa...You've really made this punch come alive. Thank you for the wonderful tutorial. Super ideas for it's use.

WOW is all I can say! I purchased this punch when it first came out and have never used it. You have given me inspiration to try some "out of the box" ideas. Thanks so much for sharing!