Now THIS is the way to read your catalog 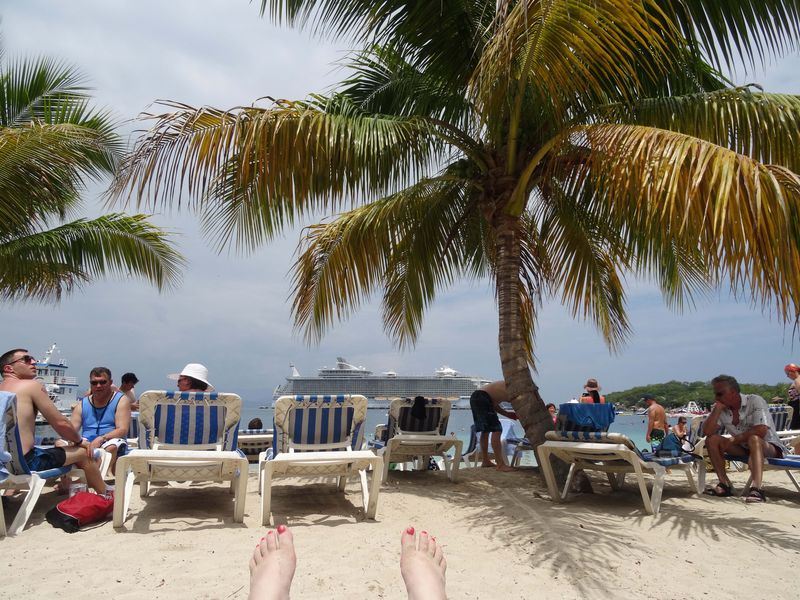 Ahh... I was lovin' life this day! The Allure of the Seas' first port of call on the Stampin' Up incentive trip was Labadee, a small private beach area on the coast of Haiti. It was a great way to begin the trip with just a lazy beach day and no real sightseeing to do. We did take a walking tour and learned a little history, but mostly it was just plain relaxing. We found a spot where Tancy's chair was in the sun and mine was in the shade, and just hung out. I brought my catalog and worked on a list of what to order when and tried to plan out my class strategy for the year. But that was IT as far as effort! 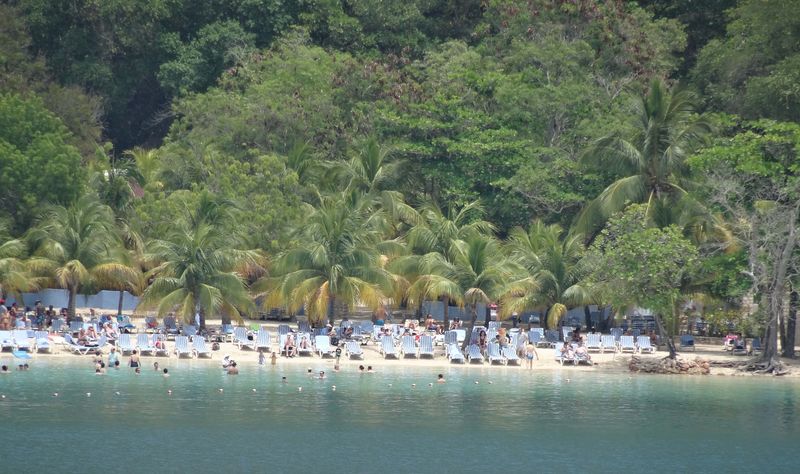 The water was almost perfectly clear, and just a shade cooler than bathwater. It was amazing! 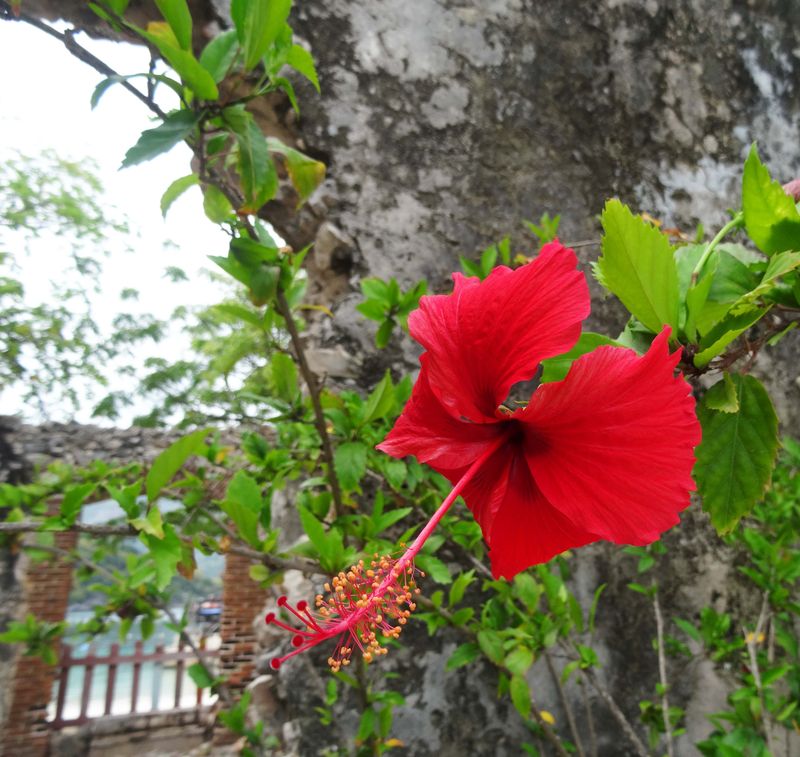 No post about Labadee is complete without a photo of the reason for the peace and pristine... fences and guards! But it was nice to be on the beach without being hassled by anyone or having to worry about stuff getting swiped if you fell asleep. They also had a wonderful picnic lunch done by the ship, so no worries about eating something "off" while on land. 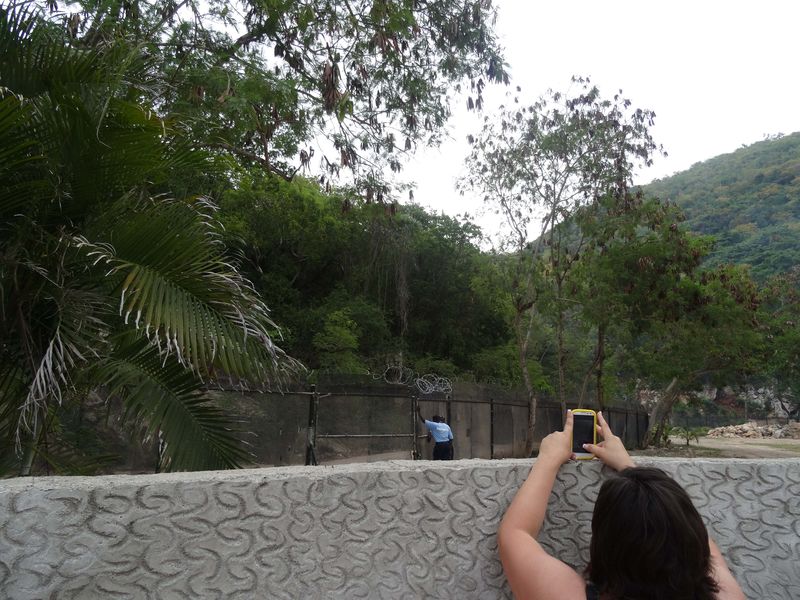 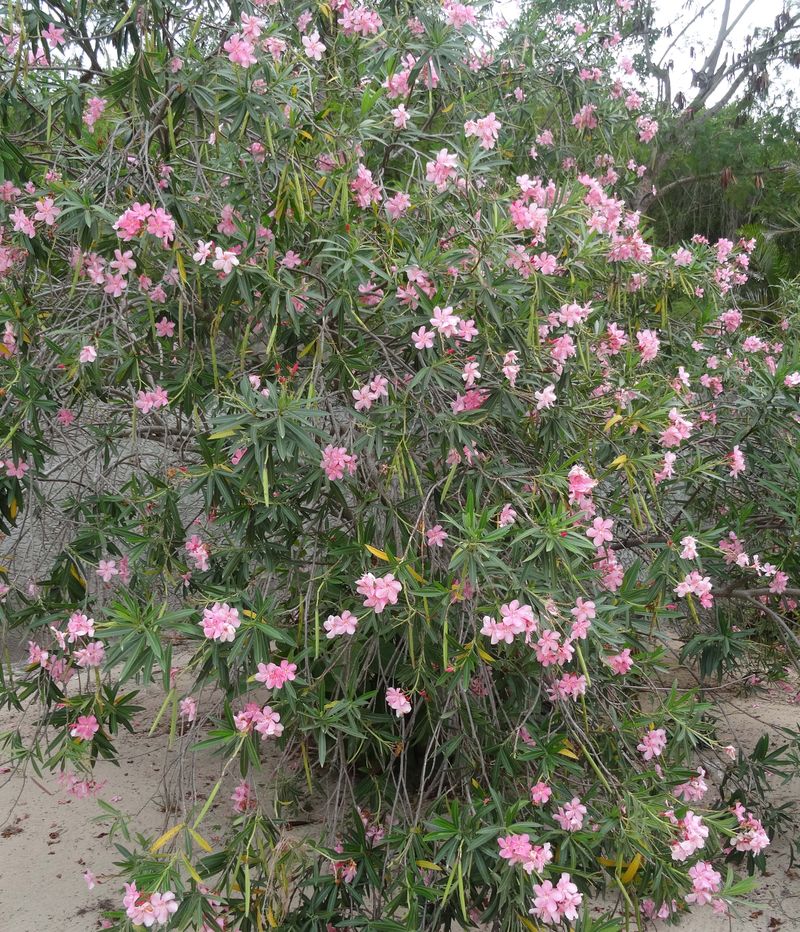 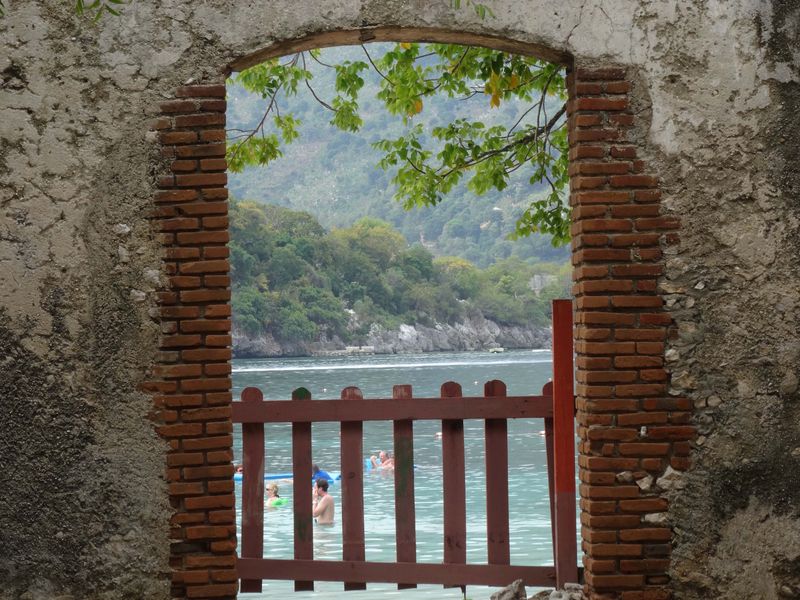 So beautiful! It was really a great welcome to the Caribbean. This photo was from the morning when we docked and it was all misty and the island was just waking up. 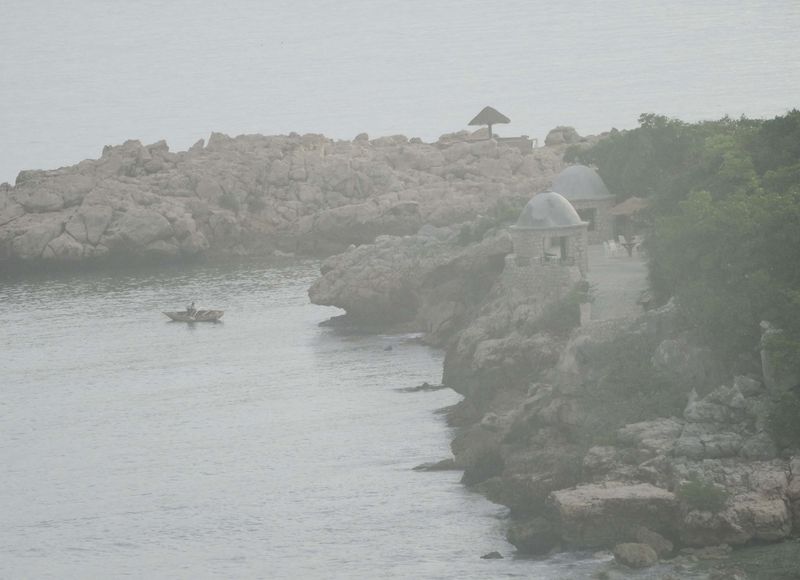 More to come! I've been a little slow posting pictures because my camera broke on the way there, and friends loaned me an extra one. I didn't realize it was set to take truly gigantic photos, so I am having to resize everything before I post them and it's taking a while. So thankful for the loan, though!