Wish you were here... wish I was, too! - Song of My Heart Stampers

« NEW! Cheat Sheets Collection #4 available now! | Main | Are you a demonstrator, too? Join me in a 30-Day Business Booster this March! » 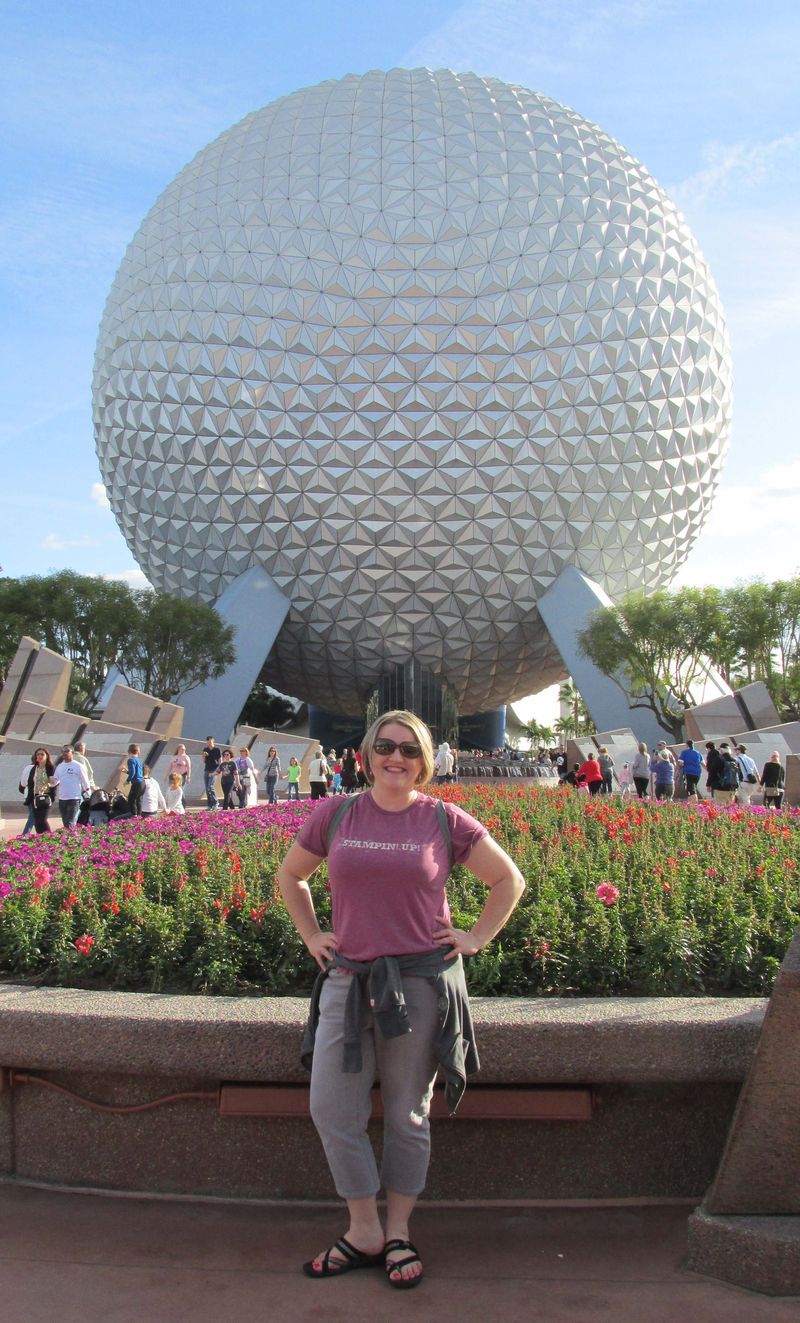 On Saturday after our conference, some of my team and I headed for Epcot for a little grown-up Disney fun. We mostly skipped the futuristic part due to time, and ate our way around the World Showcase. It was a ball! Except we gave ourselves royal tummy aches because there was an utter lack of self-monitoring going on. Even *I* stopped taking pictures of food. 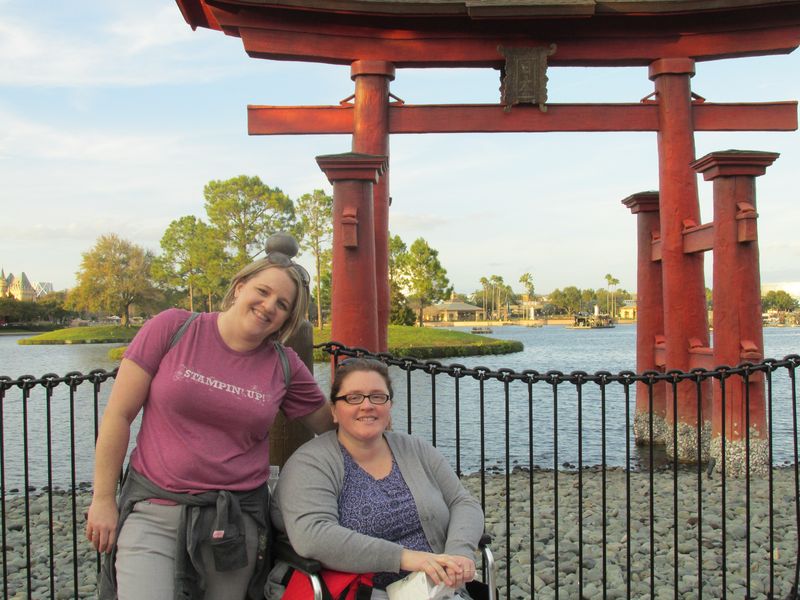 And no, Penni did not injure herself. Her fibromyalgia was in full roar after three days of conference, so we made her get a wheelchair so we could drag her all over creation. Many, many thanks to Kristine for helping with wheelie duty so we all had a good time regardless. 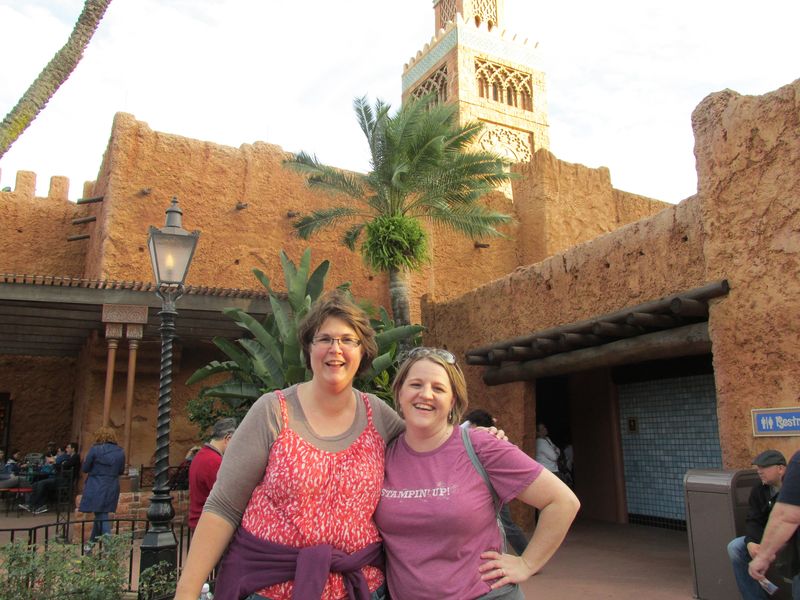 The weather was SO perfect, the sky was SO blue... we kept pinching ourselves that it was truly January.

I actually took this photo of the sunset, I can hardly believe it. My night time stuff never turns out! 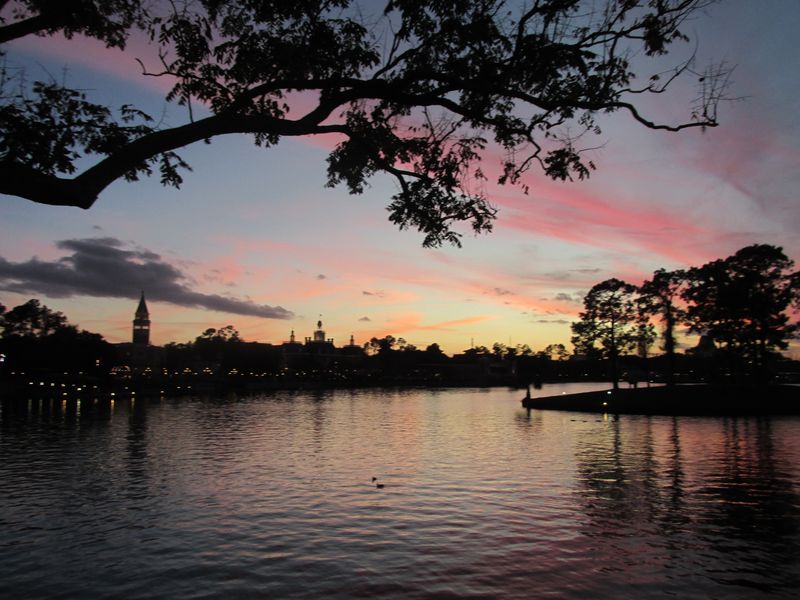 As if that was not enough fun, the next morning our flight cancelled due to the blizzard back home, so rather than stare at the hotel room walls, Kristin and I hopped in a cab and betook ourselves to the Magic Kingdom.

Where, turns out, I accidentally had the "fish-eye lens" setting on my camera turned on. LOL! 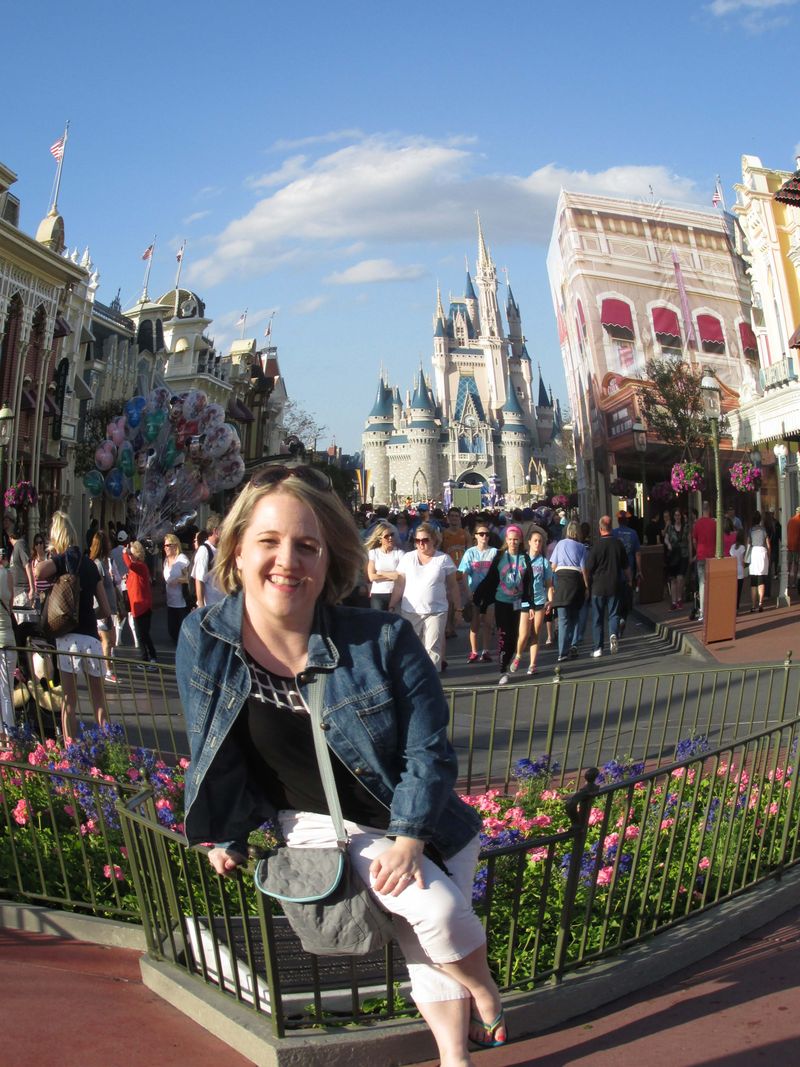 Kristin makes an excellent amusement park partner, in case you're wondering. We had so much fun I didn't even take that many pictures. AND she's still speaking to me even though I dragged her on some scary rides, so that's bonus. 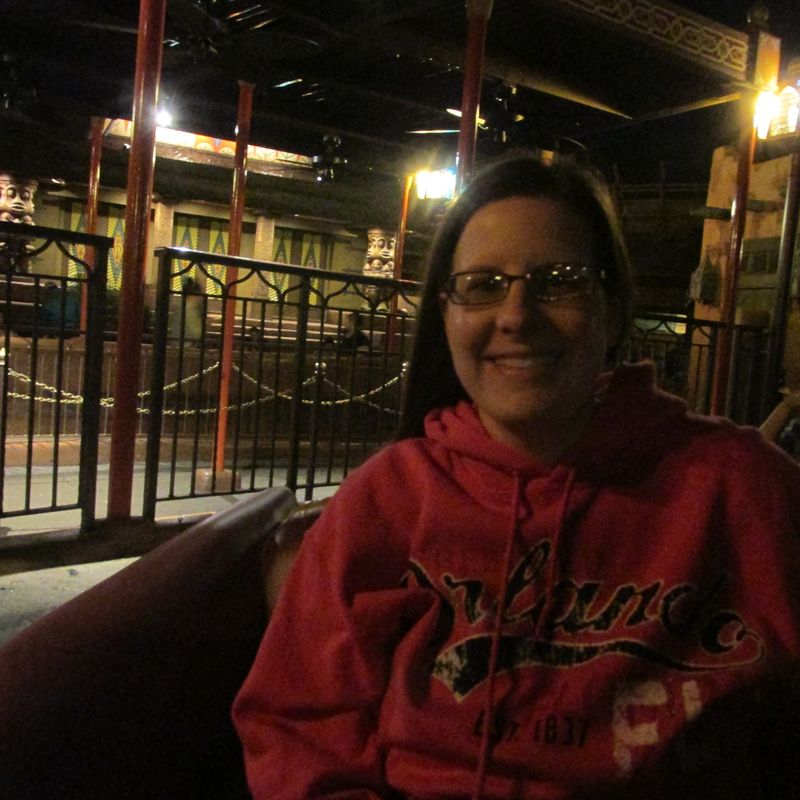 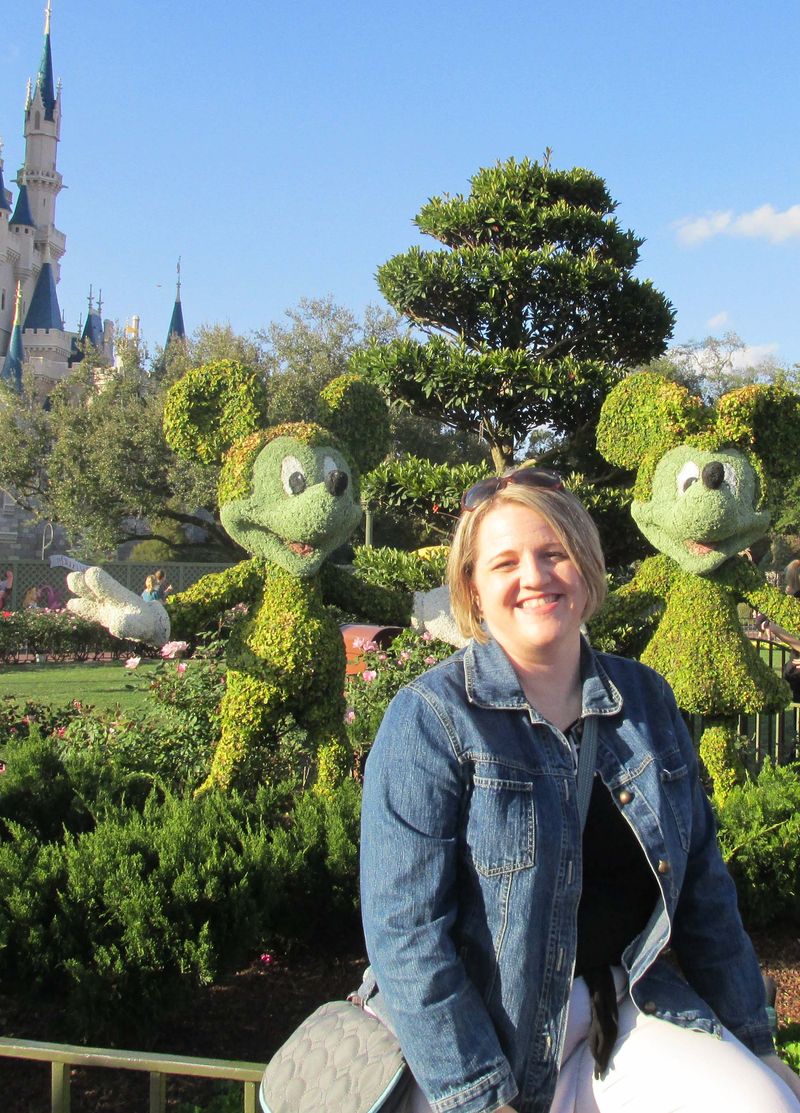 The park was even prettier after dark! Loved seeing Rapunzel's lanterns aglow. And somehow on previous visits I'd missed the Wishes thingymabob where they project all sorts of images from the movies up onto the entire CInderella's Castle. That definitely did not photograph well, however. 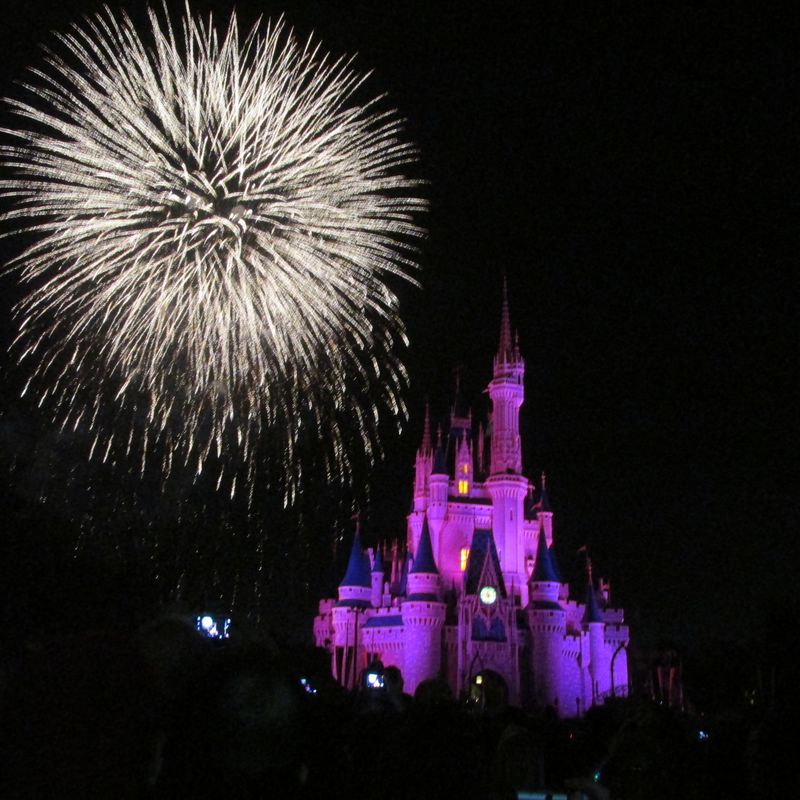 If you look at my Instagram feed for this time period, you'll see lots of food pics. We managed to hit all my favorites and I even got the eggroll I'd been craving for days. I left the third Disney park of the trip utterly exhausted but with a smile on my face and in a Dole-Whip-related stupor.

Did I say third? Yep! Stampin' Up threw us a private party at Disney's Hollywood Studios a couple of nights before. Sunset Boulevard was closed for us, all the food was free, and there were NO lines for the Tower of Terror and the Rock N' Roller Coaster. Jessica (royal blue sweatshirt) is a roller coaster junkie, and we did the Tower FIVE times. The woman is unstoppable. 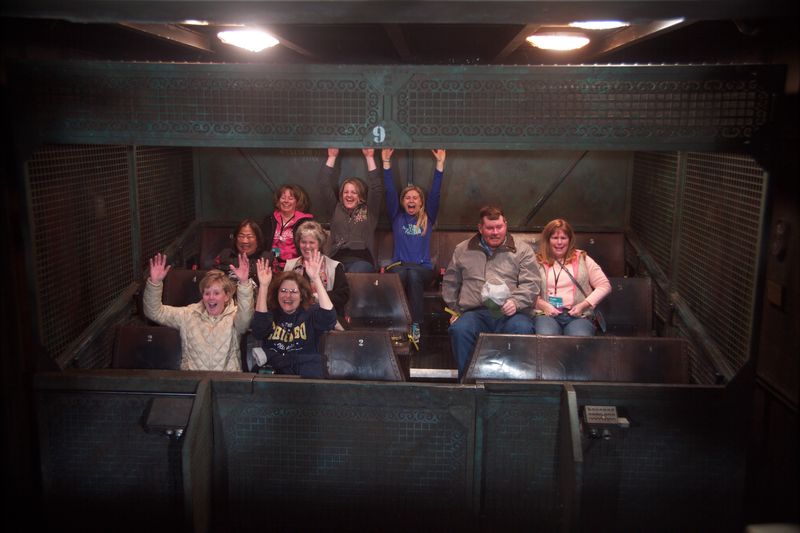 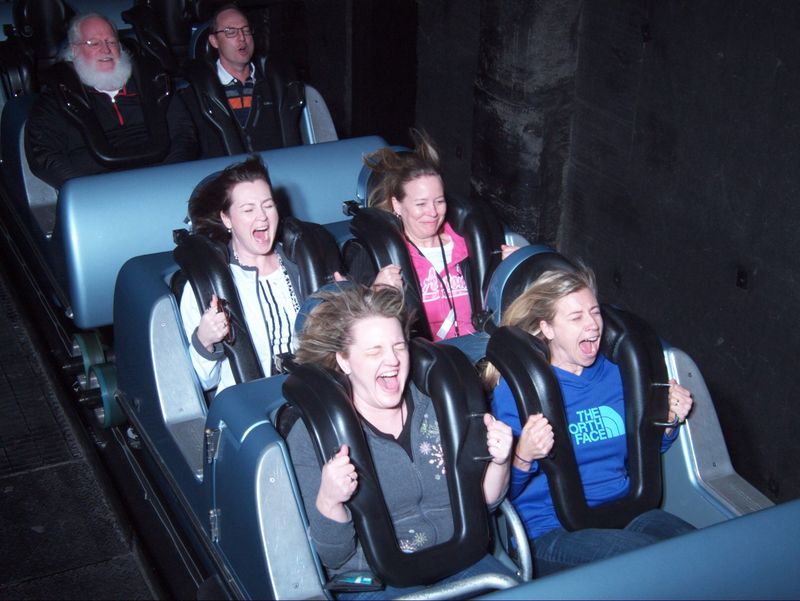 So, Stampin' Up events are not always QUITE this fun, but... you should come! We could get up to lots of mischief together when our hubbies think we're safely tucked away at some boring conference.