3 quick ways to add interest to your cards with banners! - Song of My Heart Stampers

3 quick ways to add interest to your cards with banners! 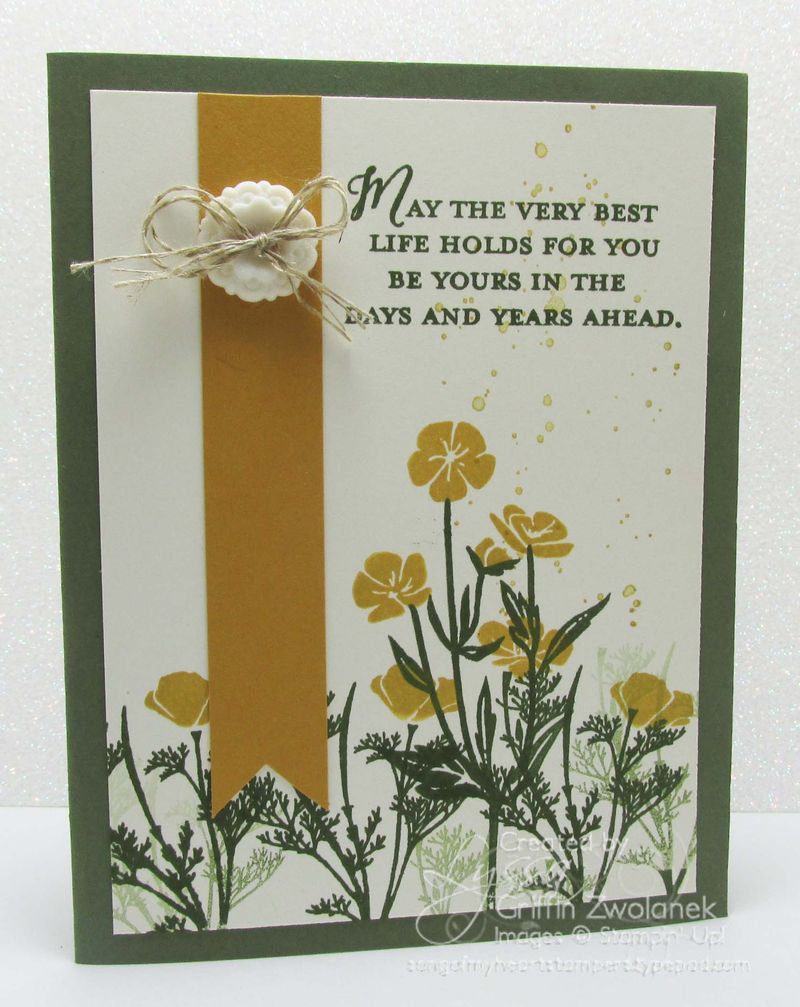 I loooove banners and use them often on my cards. The other night I made three quick versions with the new Wild About Flowers stamp set, using Mossy Meadow and Delightful Dijon inks and cardstock. I made all the banners using the BOMB-DIGGITY new punch, the Banner Triple Punch.

The first version has a long, narrow one-inch banner coming down from the top on the left hand side. The second, pictured below, is also coming down from the left hand side, but because this card is horizontally-oriented instead of vertically, it's a short banner. If it were longer, it would visually drag the card down and make it bottom-heavy. For the record, bottom-heavy is bad : ) 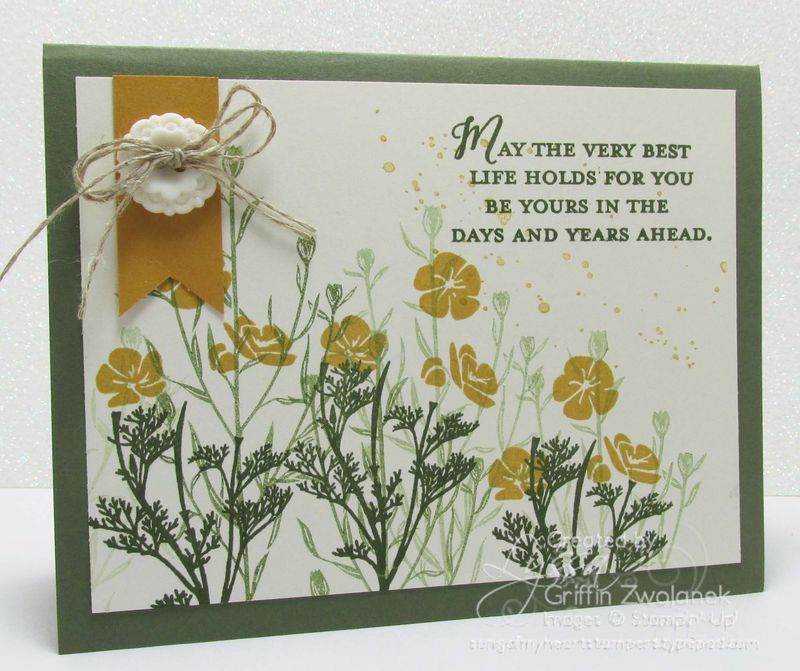 Aren't the flowers pretty? I really like this stamp set. It's the first chance I've had to get Wild About Flowers inky and I can already tell it's going to be a favorite. Can't wait to try it in some other color schemes, too.

The third way I've used a banner on my card was to start this 1 1/2 inch banner from the left hand side of the card and run it horizontally across the bottom. It breaks up the stem-heavy bottom of my field of flowers, which doesn't really need to be seen anyway.

Ok, one more version--this one does not have a banner, per se, but it's the same idea--just with the pointy end torn off to add texture. In this case, the 1.75-inch banner was wide enough to stamp my sentiment on it. On this card, the band of color serves as a stopping point as your eyes travel down the long flower stems. The Very Vintage Designer Buttons tied with Linen Thread also serve that purpose. 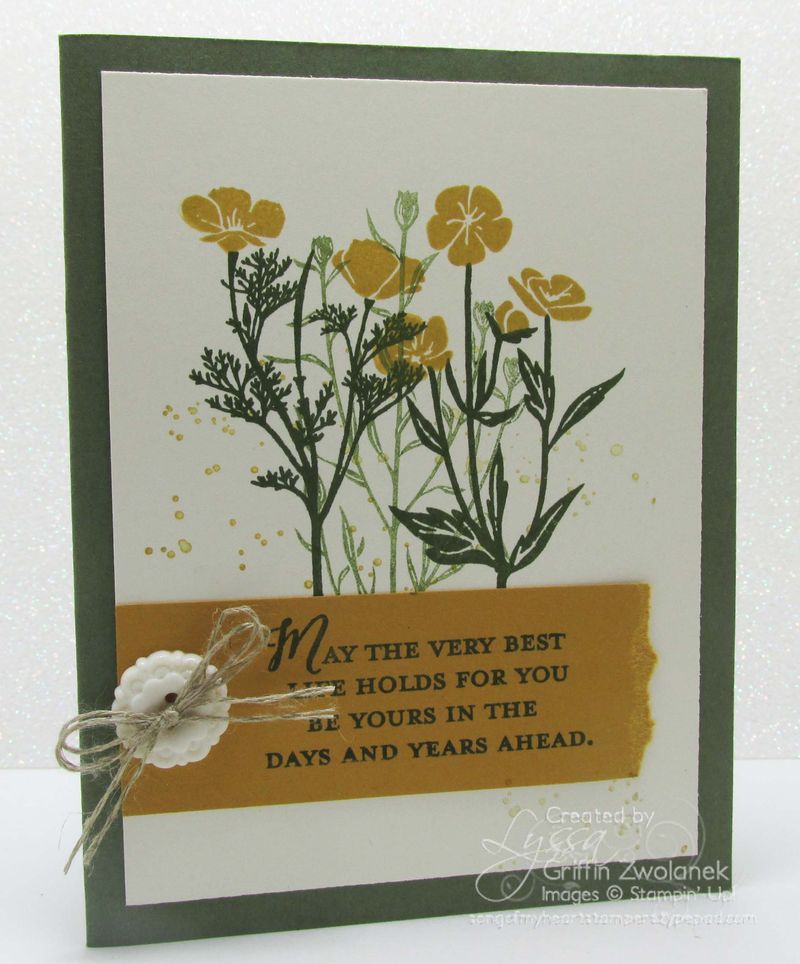 I love this design principle kind of stuff, can you tell? It makes a real difference between a "homemade" card and a "handmade" one. Have fun adding some banners to amp up the visual OOMPH of your cards!

Make your own Wild About Flowers cards at home! Here's what you'll need:

Lyssa - What great ideas! All the cards are perfect and so fun using the same set, paper, ink etc! Love them all. TFS!