A little sun, a little sand, a lot of fun - Song of My Heart Stampers

« Last chance to get March's Class of the Month! Are you one of my VIP Club members? | Main | Bunny Buddies goodie bag and card kit »

A little sun, a little sand, a lot of fun

Haven't shared much family news lately... things have been quiet around here. But this is our Spring Break week and we decided to take a little trip and test the waters to see how much I can physically handle before we make our final preparations for the Stampin' Up trip to Thailand in July. It was kind of a mixed bag in that regard, but overall I did remarkably well keeping up with the fun! 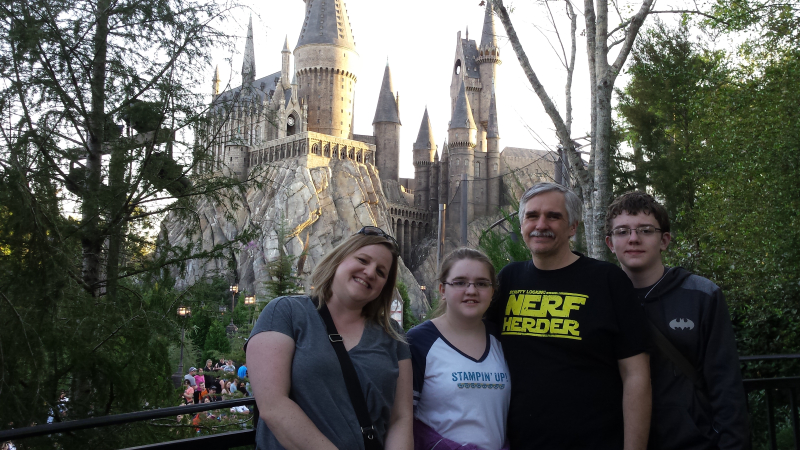 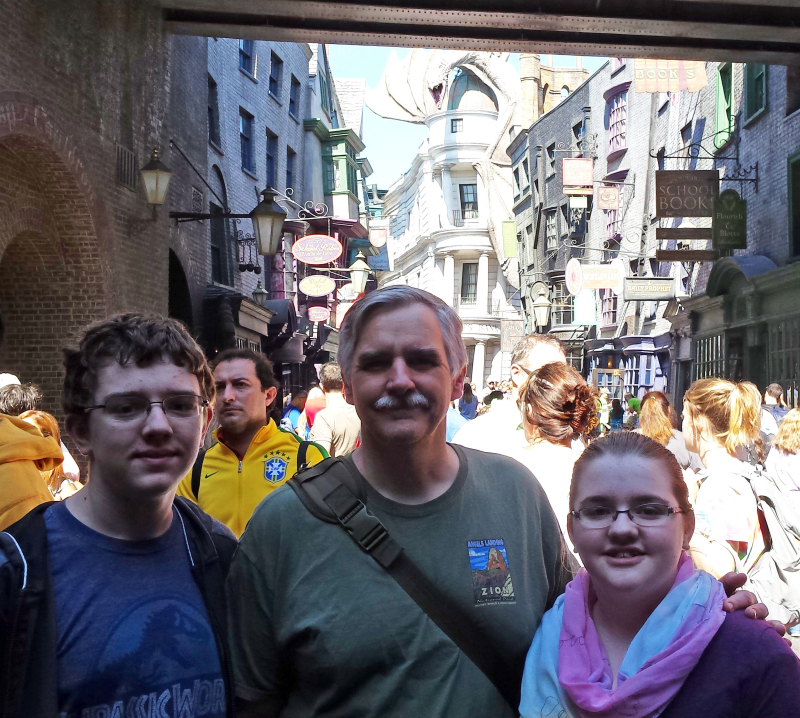 We're all Harry Potter fans, so we were very excited to visit Universal Studios and see Hogsmede and Diagon Alley. Dan was jazzed about the Jurassic Park area and Mike's favorite part was the Marvel Superhero Island. We ate all sorts of fun things like foot-long corndogs, Mardi Gras beignets and Butterbeer ice cream, and had a great time. I tell ya, though, if I'd had a magic spell to replace my poor feet by the end of the day, I'd have used it! Ouch! 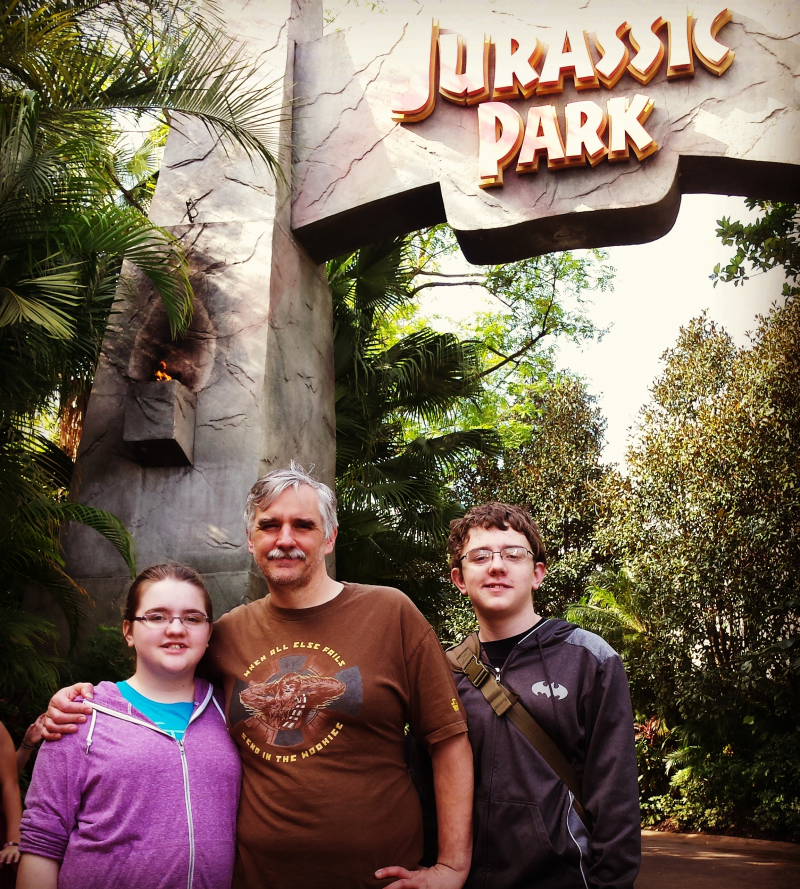 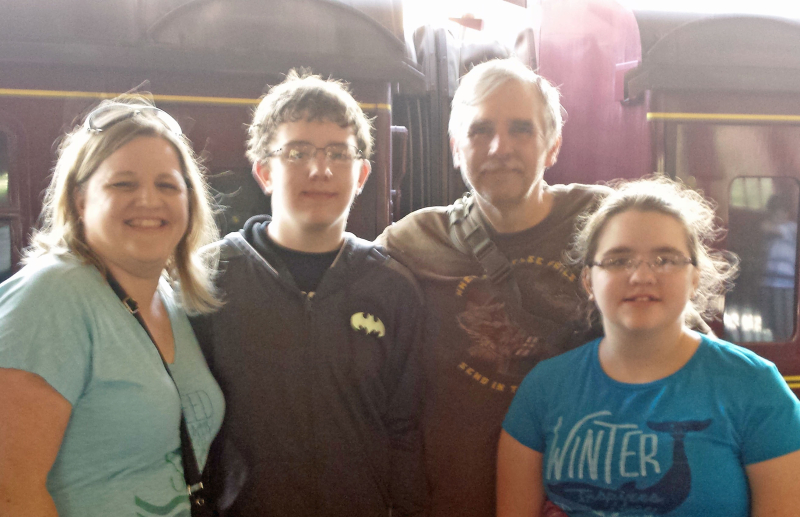 We came back to the hotel every afternoon so I could nap and escape the worst of the heat and crowds. It really was gorgeous, though--sunny and clear and 85 with almost no humidity. And our 50's themed hotel, Cabana Bay, was awesome--practically a park on it's own. We had a little problem with our door deadbolting itself from the inside (!) and were given a suite upgrade. No complaints about the service, for sure! We spent a LOT of time in the Lazy River, just watching the palm trees and mellowing out. 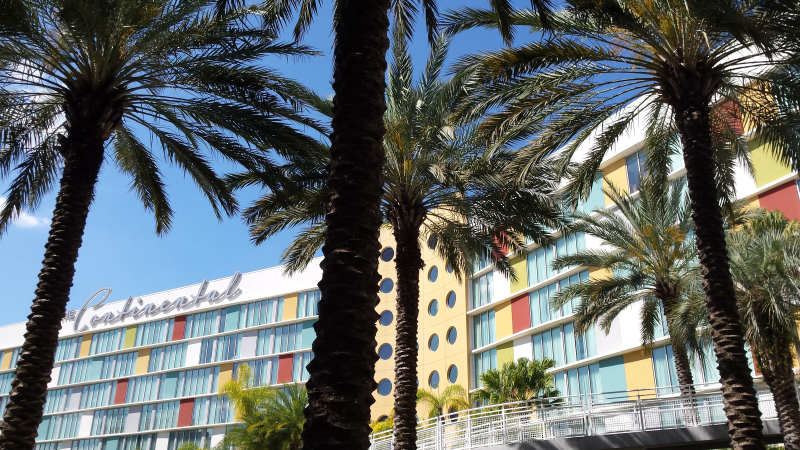 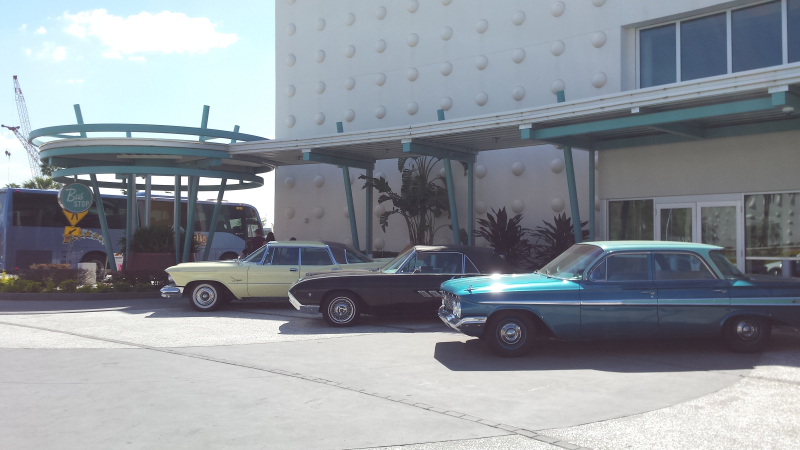 Next, we drove our fun zippy rental car west to the Tampa area (don't ask me what the car was, I don't know. It was black! And everything is "zippy" when you're used to driving a truck and a minivan.)

Our main objective was to see the Clearwater Marine Rescue and Rehabilitation Center, more famously known as the place where they filmed A Dolphin's Tale 1&2. We loved seeing Hope and Winter and the other animals and learning all about sharks and sea turtles, otters and pelicans. It really is a working hospital and has a totally different vibe than a typical aquarium. I've also never encountered more friendly staff and volunteers. Two thumbs up! 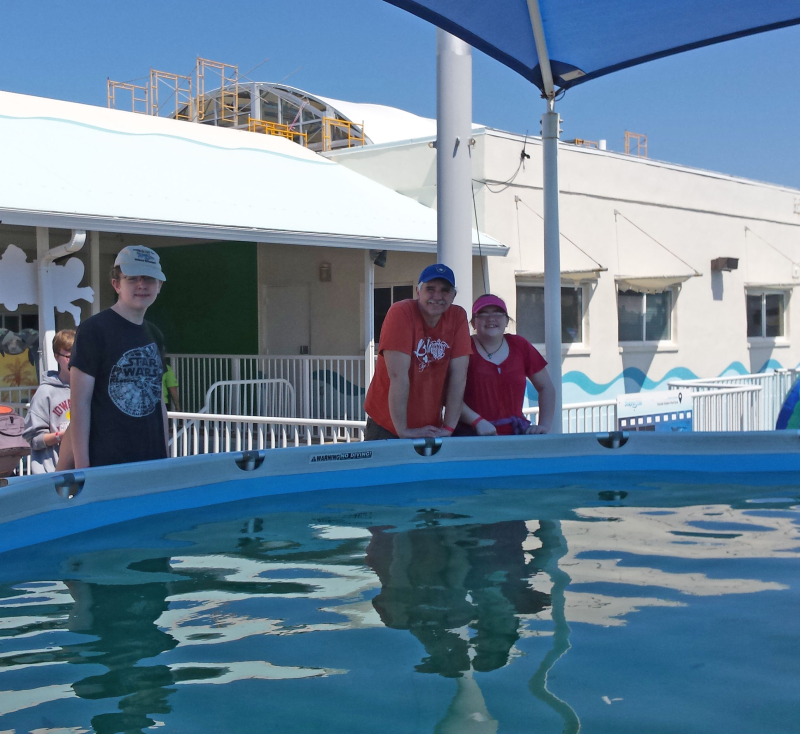 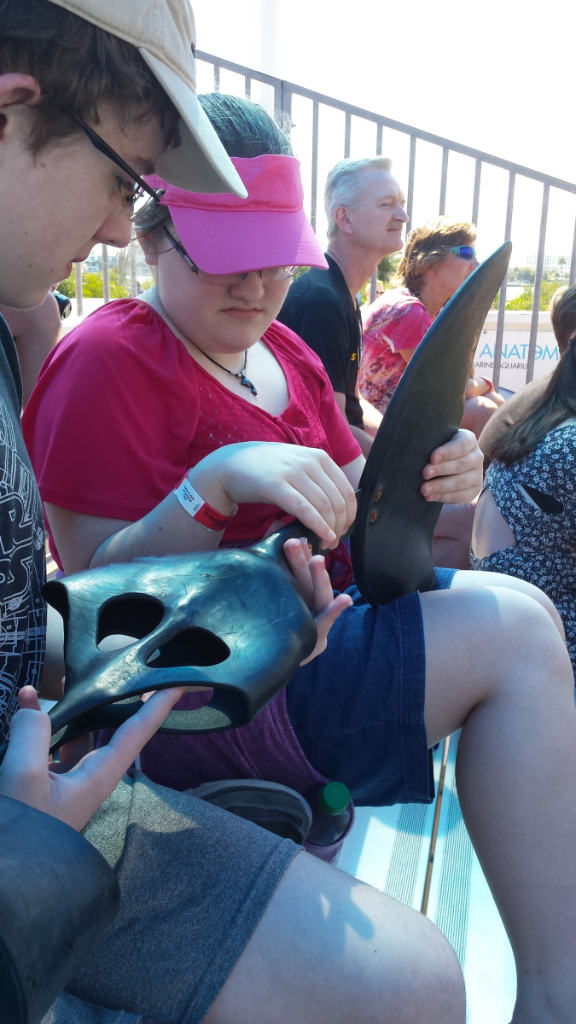 The timing was just right for us to see Winter (the dolphin who lost her tail and learned to swim without it) getting her physical therapy. It was fascinating! She and Hope just chattered away in the most delightful language of squeaks and clicks. We were all totally charmed. 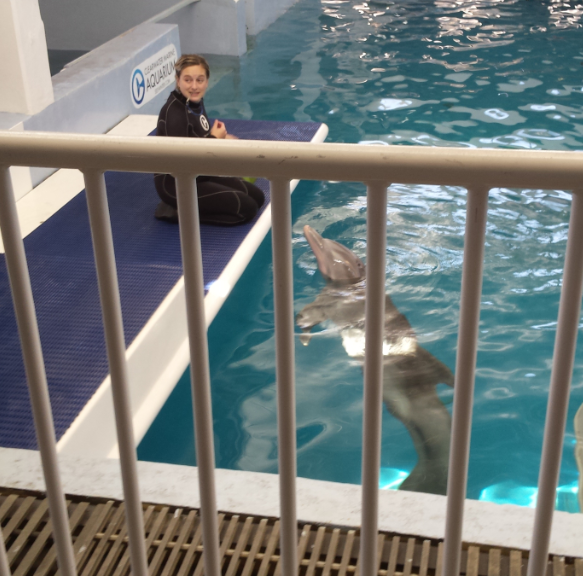 Clearwater Beach itself was lovely--very crowded and still a little too chilly to swim, but it was fun to look for shells and play in the sand. It was the kids' first time at the Gulf of Mexico, too. We really enjoyed the long coastal causeways and amazing bridges in the area. So different from our usual environment. Very sensory experience!

All that gorgeous sunshine and I am the only one who got a little pink. Not too bad! Three days and my Mr. Z already looks like a pirate, the stinker. I wish I had his ability to tan! Too much Irish in me, I guess! 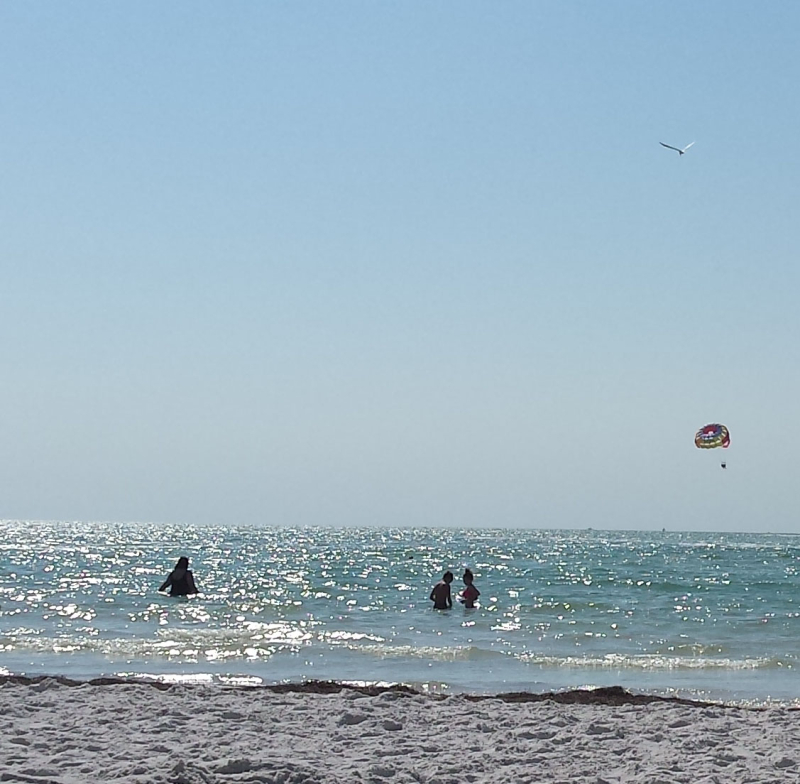 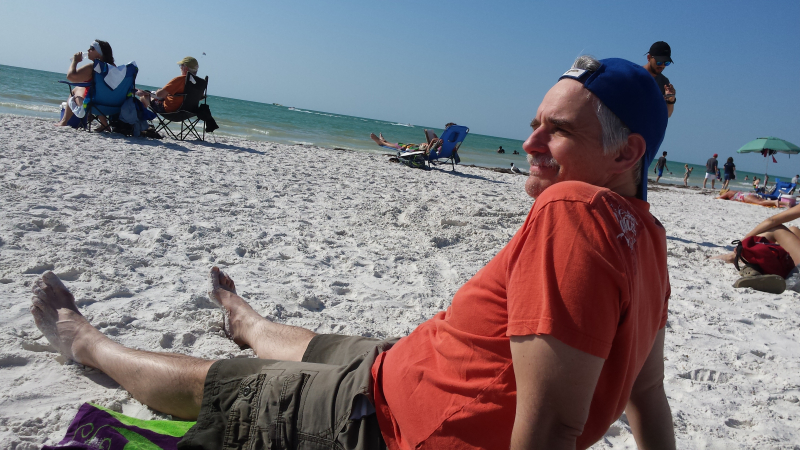 So that was our little getaway! And here we are home again. It won't be long now until it's hot and sunny in Wisconsin, too, but for now it was fun to go play in Florida.

Aren't my kids getting big??? The time sure is flying. Dan and Natalie are almost done with their 7th and 9th grade years. I look at the pictures and I can't believe I'll soon be the shortest in the bunch. Who knows how many more trips we'll have together as a family? We're making memories as fast as we can!

Really enjoyed reading about your vacation! Sounds like you had a great time & many happy memories to scrapbook now. Glad you did well.

Looks like you had a great time. We traveled north from GA and caught up with our son and the MBU Madrigal choir. We heard them in MD and then in Virginia Beach. Now we are back in the warm south but plan to visit WI again in April. Heard it was 28 in West Bend, WI while it was 76 here. Thanks for the lovely card and samples. I am enjoying your monthly club.

Lyssa, I'm glad you and yours enjoyed visiting my "neck of the woods." My home is about an hour north of Clearwater, but before moving to Zephyrhills, we lived about 20 minutes from Clearwater Beach. Too bad we couldn't have said "hi."

I'm glad you all had so much fun!