I admit it! I'm a complete convert to the vinyl stickers coming our way in the new catalog! I've been prepping samples for May's Eastern Palace sneak peek promotion (a whole suite from the new catalog, available a month in advance!) and with every card I fall further in love. 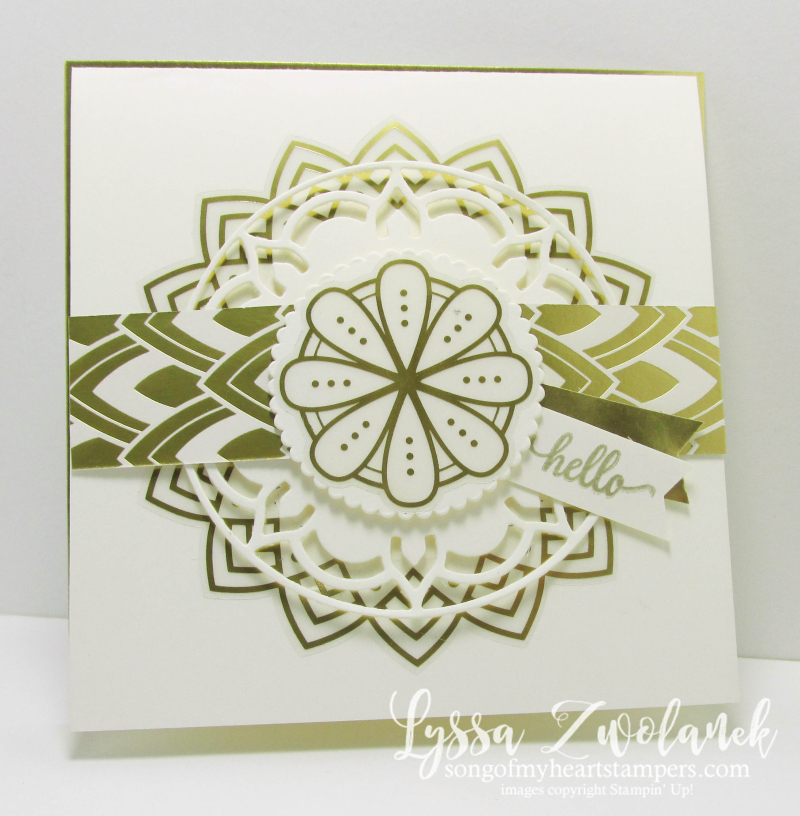 The best part about the stickers, other than that they coordinate with the matching Thinlets dies, is that they are stackable. So you can layer them up with any circle dies or punches and have something truly gorgeous in minutes. Here's my layers: 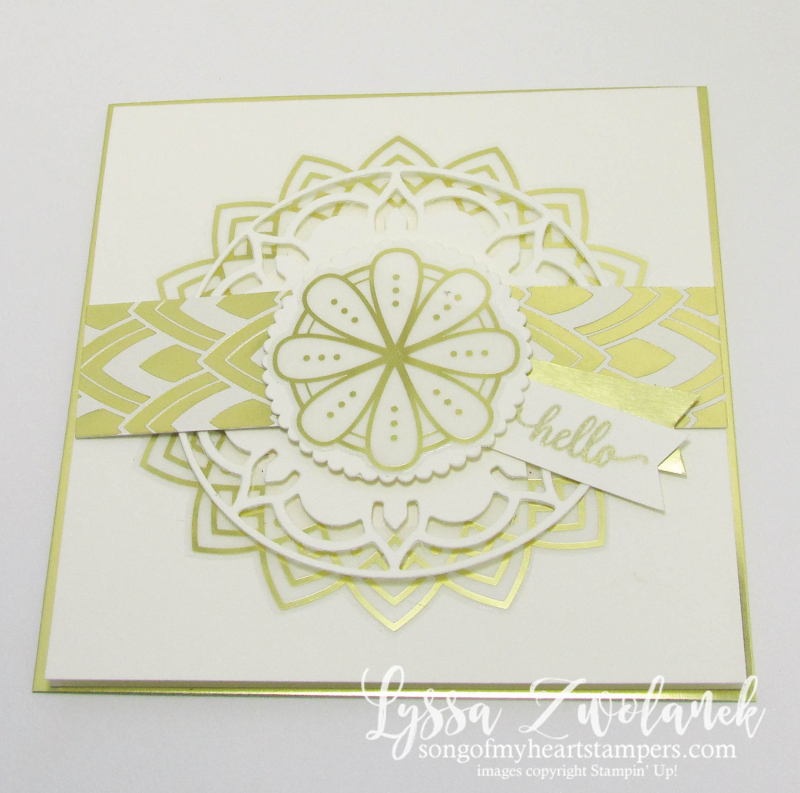 Mmm, scrumptious! Perfect for a wedding or anniversary, maybe an invitation or announcement. I can't wait to play some more with this suite. Full details on TWO different Eastern Palace bundles coming on May 1st! There will be a basic "starter" bundle and an "I want it all" version. Eastern Palace will be the featured stamp set for the May Class of the Month, too. So don't worry about having enough ideas for this unusual and striking suite.

Thanks for dropping in today! Now, turn off the computer and go get in the craft room!