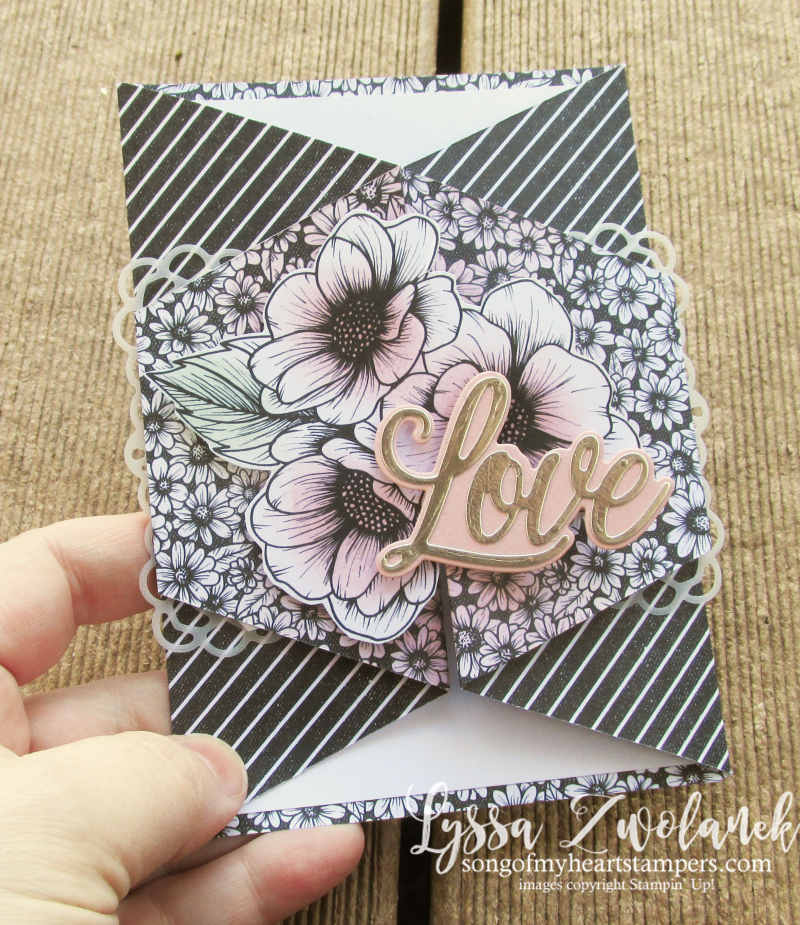 I planned to share a special card fold with you, and while I was making the samples I came up with two more variations on it! So you are going to be SO glad you clicked on this fancy fold idea. 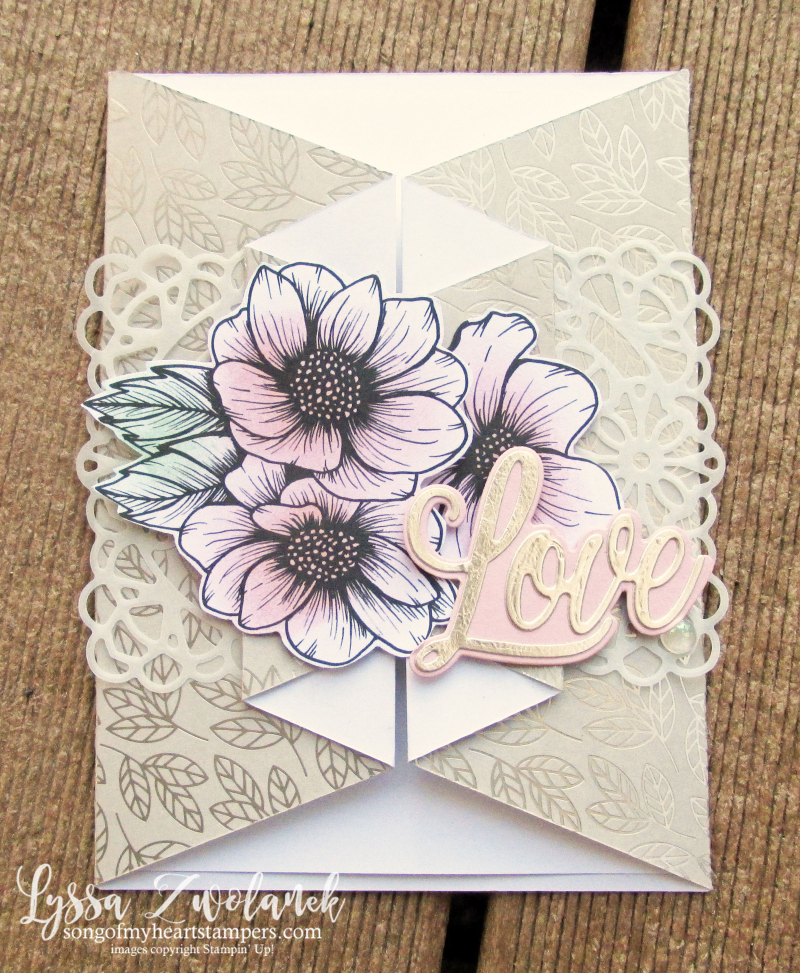 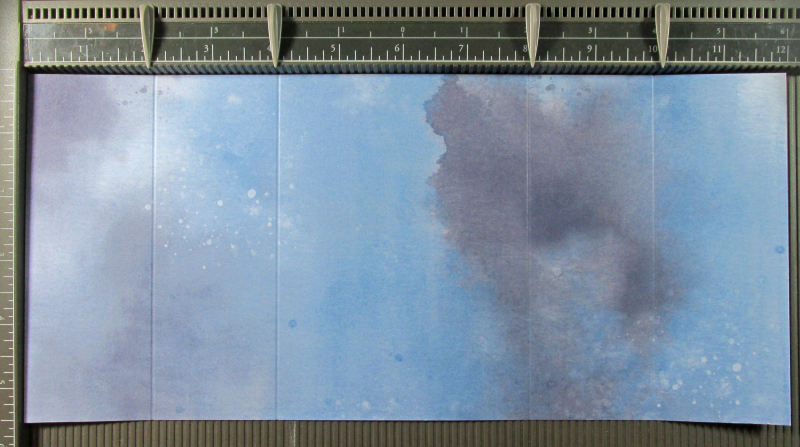 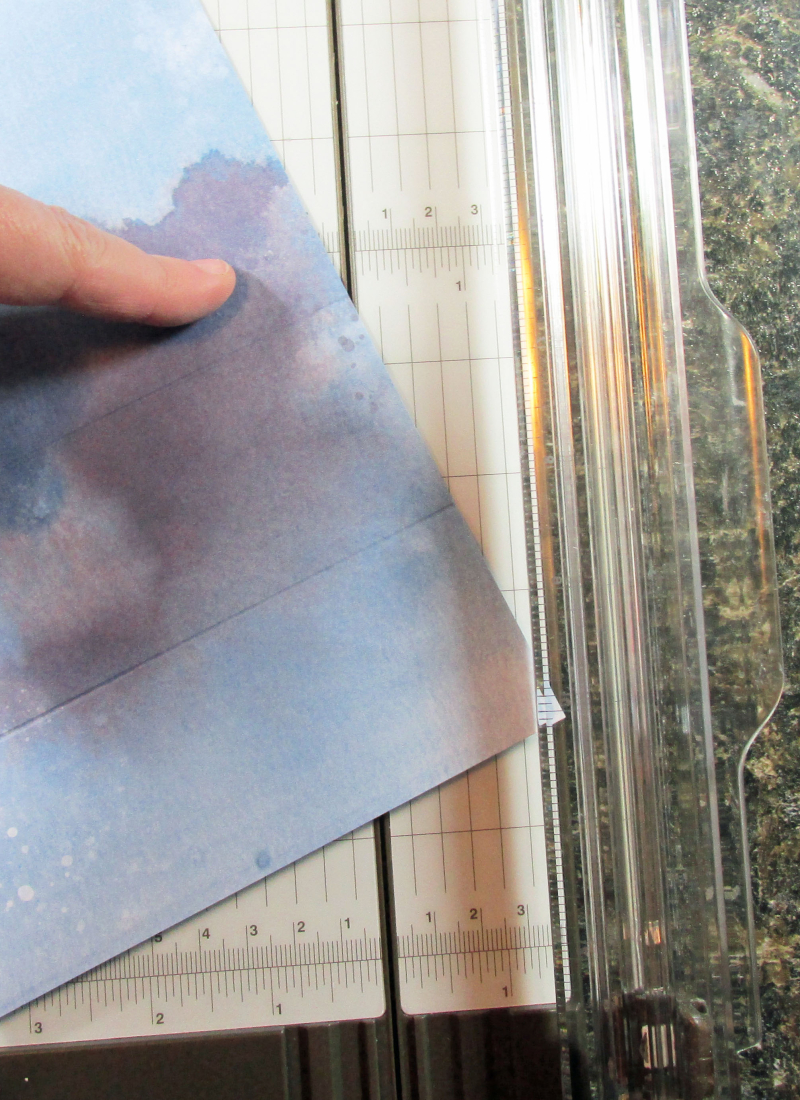 Put the four-inch score mark in the "gutter" or cutting track of your paper trimmer. Angle it so that the outside corner (right hand side of the cutting track) of the paper is at the 1.5 inch mark (on the Stampin' Up trimmer that is flush with the edge of the trimmer.) 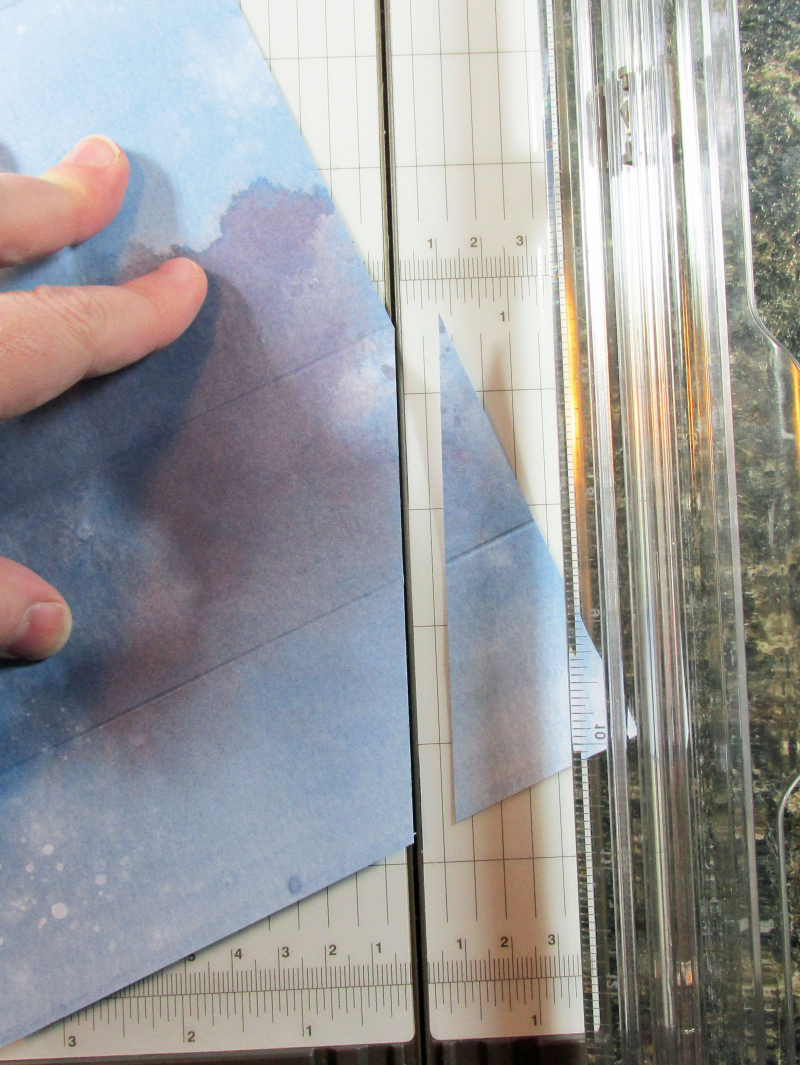 Once it's positioned, slice off that corner. Then we are going to repeat that same cut on the remaining three corners.

When all four corners have been cut, it should look like this. 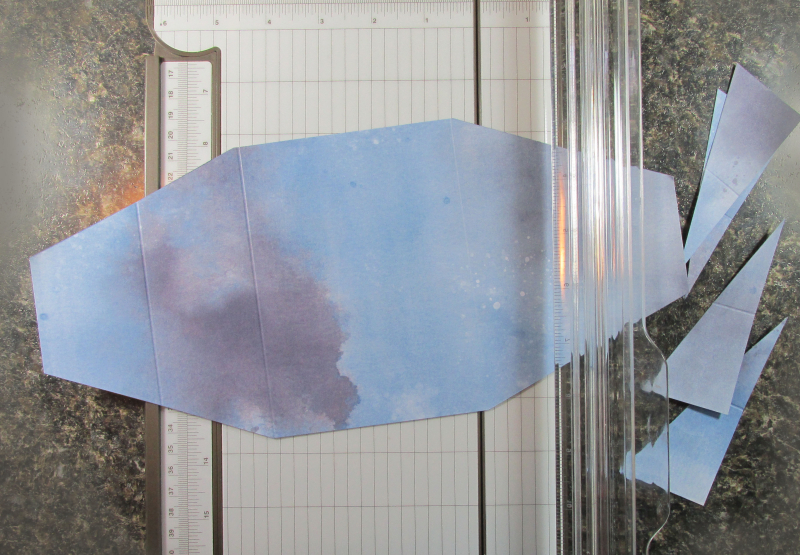 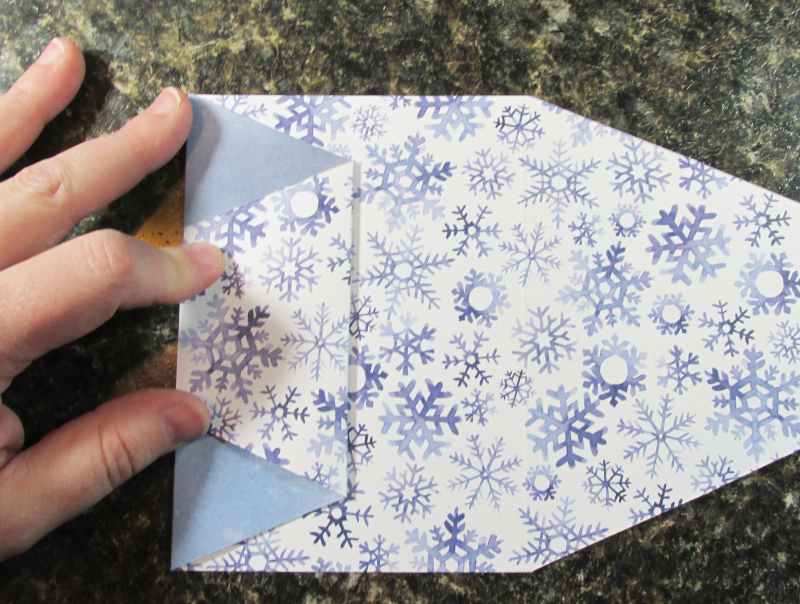 You have the cutest gatefold card that can be used horizontally or vertically, with a single flap glued down to make a gift card holder, or with both flaps left open so it extends all the way flat if you want. This is SUCH a versatile fancy fold! 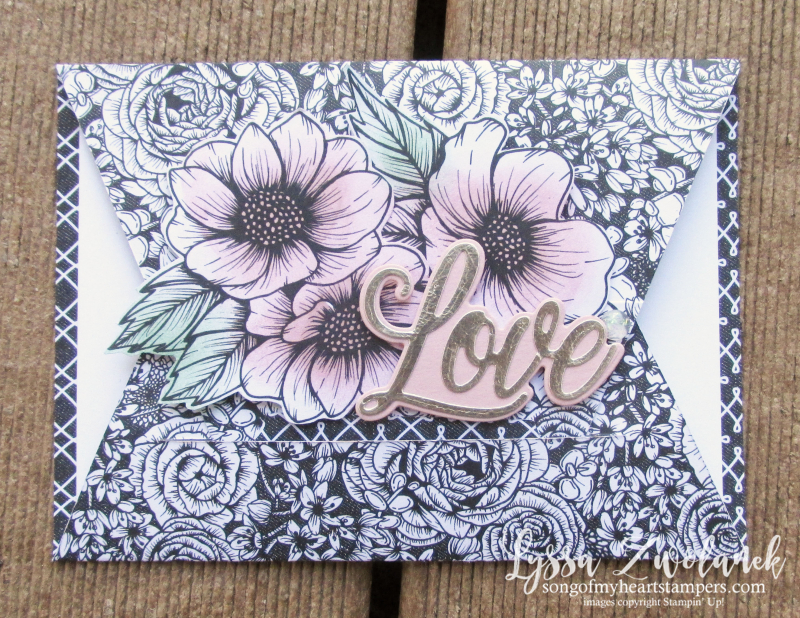 Now, I mentioned variations. You can have the slanted side cuts on JUST one side or the other, or just opposite corners.

Another way is shown above. I skipped the two outermost scores (so it's only scored on the 4 and 8 inch marks. I did the diagonal cuts like usual, and then in one of the sides I made a slit with my paper trimmer, big enough to tuck the other flap in. You really need to try this one! 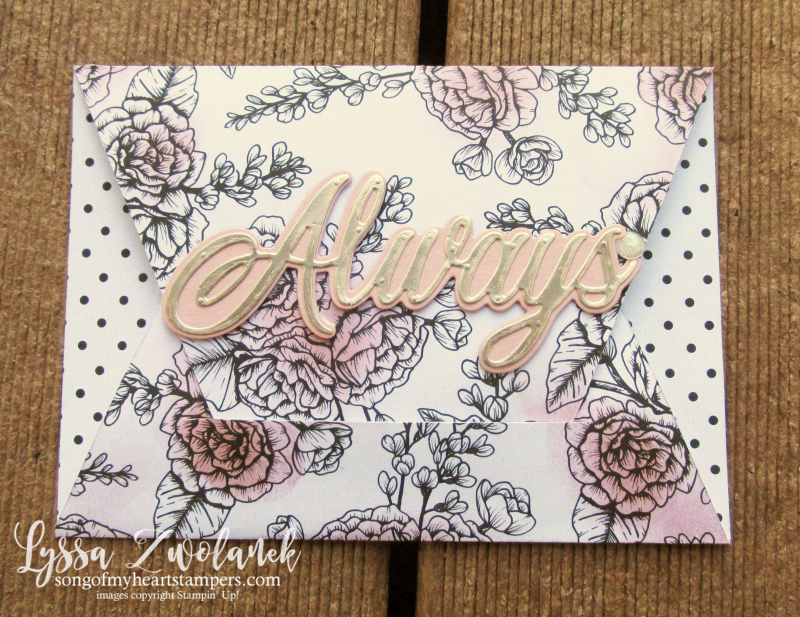 Isn't that just the BEST fancy fold? I love it! It's so easy once you've made it you won't even need the measurements anymore.

One last thing and I'll let you go! I did a quickie Facebook Live on this, if you want to watch the variation in action. be sure to follow Song of My Heart on Facebook to catch fun tricks like that in a fast, casual way.

Ok, long post! I hope you enjoyed this I idea and I really hope you try it out for yourself!

Lyssa, I can't seem to find an email address for you so I'm resorting to getting my message to you via this. I will not be purchasing April's Suite Sampler and will continue with May's.
Blessings, Nancy Anderson