« all the blurry things | Main | a tree already planted »

Yesterday I got out for a short excursion with a dear friend. It was our first in a long time, because I don't go anywhere willingly these days. The panic is always right under the surface. My blood feels like it is burning me. Good stuff.

The plan had been to go out to lunch, but I have not been able to eat inside a restaurant for two months now. Not because of food problems, but because the restaurant itself feels like it's smothering me. My body dumps inappropriate amounts of cortisol and suddenly instead of a casual, yummy meal and relaxing conversation, I'm just as wired as if I knew Jeffrey Dahmer was sitting in the booth behind me.

I don't know how it is for every person with adrenal fatigue, but when you see me out and about, even if I look "normal," you can assume that I am:

This is true whether the excursion is to get groceries or go to a health appointment. I'm tellin' ya, life is FUN right now!

So anyway, now you have a little idea of what a big deal it was that I was out with Penni yesterday. Penni is an amazing person. I'm not just saying that because she is my assistant and the only reason I'm keeping up with any of my business obligations at the moment. I'm saying that because Penni really is amazing, and I wish more people saw her for what she is.

Penni has fibromyalgia, which basically means she hurts everywhere, ALL the time. You would never know it, though, because she just doesn't talk about it. She's been in some bad places because of it, and because God never wastes anything, she has learned some mighty deep lessons from her illness. Yesterday she shared one with me.

She told me she learned she couldn't trust what her mind was telling her.

She said that the Holy Spirit taught her that in those moments, she needed to speak to herself, not listen to herself.

The Bible tells us in Jeremiah 17:9 that the heart is "deceitful above all things." We've been warned. It's going to lie to you regularly, pathologically. It's going to keep up a steady stream of absolute drivel, complete dreck that goes directly against the truths found in Scripture. The Word plainly reminds us that trusting in our own heart is foolishness (Proverbs 28:26). It simply cannot be depended on to consistently speak life and truth.

So what can be depended on? The Bible. It is:

And when she quit listening to the untruths, and started speaking truth, Penni said--everything changed.

Oh, not the pain. That's still there. But everything else, the fear and the grief and the self-pity and the bitterness, was suddenly loss, compared to the excellency of Christ and the perfection of His plan.

Her mind had told her she was not enough, that she was a failure and she would never measure up. The truth of God's Word told her she was His beloved, accepted in Him, known since before conception, that her life was planned and pleasing to Him. That instead of being weak and washed-out, she was worthy and wanted.

I'm so glad Penni shared those thoughts with me. I know now that it was the reason we went out yesterday, despite how desperately I wanted to turn around and go home.

Sometimes, less listening and more speaking is the answer. But only if what's spoken is truth.

Eternal Father, Giver of Life, Mighty to Save! Your Word is life itself. Thank you for a friend that speaks truth at a crucial moment. How good it is to have the balm of Scripture to sooth in times of pain and distress. Grant wisdom to discern when our minds are spouting repetitions of the Deceiver's subtle lies, and strengthen us to combat the constant barrage with truth from your Word. Help us desire to hide Thy Word in our hearts, that we might not sin against Thee even in secret moments of great upheaval and bitter anxiety. Thank You for giving us the Bible, every word of it profitable for daily life and health. We pray all these things in the name of our Lord and Savior, Jesus Christ. Amen. 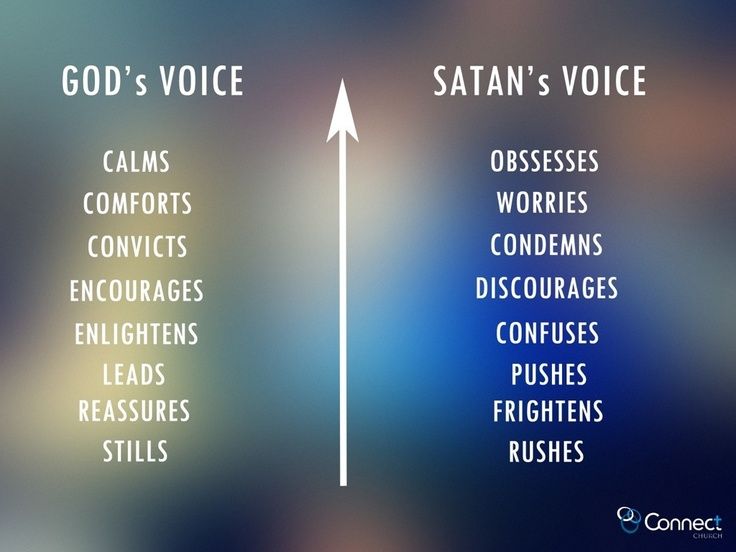 This is beautiful! This year, I allowed Satan to have control of my mind because of circumstances and because I was angry at God due to those circumstances. My dad spoke truth to me and I determined to let God have control of my mind. It is not easy for me, but my thoughts have improved SO much. I am by nature a thinker rather than a feeler, so I am still wrestling with some truths about God, but I am so much better when I tell Satan to get out of mind and ask God to take the reins. I loved this devotion, Lyssa!